An England schools international in the 1919-20 season, Houghton played for Anfield Social, but did so well at the age of 15 that he was signed on amateur forms by Everton.

A year later he became a professional and stayed at Goodison Park for six seasons, during which time he played just one league game.

Despite his lack of first team experience, Exeter City had to pay a fee of £350, a record for the club at that time, for his signature in June 1928. It would prove to be bargain!

Houghton made his debut for the Grecians in a 4-2 defeat at Brentford on the opening day of the 1928-29 season and netted the first of 8 goals in 27 appearances.

Houghton was a member of the Football Association team that toured Canada in 1931.

Scoring 23 goals in 42 league starts in 1930-31, Houghton followed that up the following season with a further 16 goals in 33 outings.

Ever-present in 1932-33, and another 13 goals, not surprisingly his form was being taken note of by other clubs.

‘Happy’, as he was nicknamed, was sold to Norwich City in March 1934 for a fee, plus a player, namely full-back William Smith. Amazingly he made his Norwich debut against Exeter City!

Houghton went on to feature in 52 league games for Norwich, netting ten goals. He then moved to Bristol Rovers in November 1935 where he scored 23 goals in 62 league starts.

He ended his career back on his native Merseyside, by playing for South Liverpool. He died in 1986. 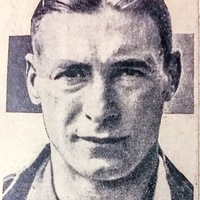 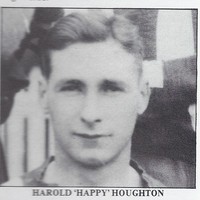