Formerly signed on schoolboy forms in August 1979, progressing as an apprentice, Exeter City gave Frank a full contract in November 1982, although he had made his league debut for the club the previous season in a 2-0 defeat at Brentford in February 1982.

Never regarded as a first team regular, he nevertheless stayed with the Grecians until the end of the 1984-85 season, which proved to be his best in terms of games played. He also scored what proved to be his only league goal in a1-1 home draw with Blackpool.

Frank also made 10 appearances, scoring 10 goals for Exeter City in the Devon and Exeter Premier League in 1984/85.

He left City to link up with a very successful Exmouth Town side in the summer of 1985, and later played for Torrington and Budleigh Salterton.

He signed for Taunton Town in July 1997. 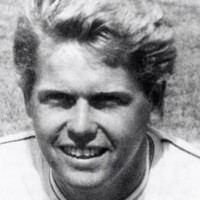 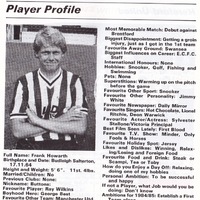 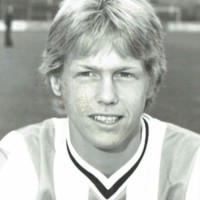 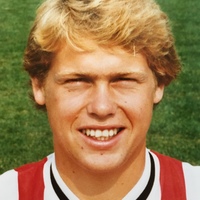 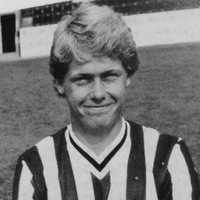 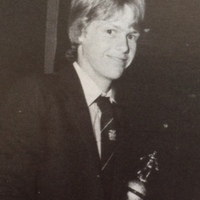 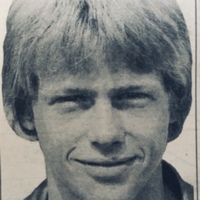 1982/83, Budleigh Salterton, Exmouth Town, Frank Howarth, Midfielders, One of our own, Torrington