George Sharples Howson had been a target of Exeter City manager Billy McDevitt for some time prior to him eventually signing in the summer of 1929.

His first junior club was Little Hutton United, who played in the Bolton and District League. Bristol City persuaded him to sign professional forms for them in the summer of 1924 and he stayed at Ashton Gate for three seasons, but he only made three league outings.

Howson then moved back north to sign for New Brighton, where he was a team mate of Grecians’ centre-forward Edward Wade, and appeared in 11 league matches.

After one season, however, the full-back had moved to Bath City, from where Exeter signed him for a fee of £25.

He made his Grecians’ debut against Luton Town in August 1929 and went on to make 13 league appearances. After leaving Exeter, Howson signed for Bath City for a second time after a brief spell at Warminster Town. 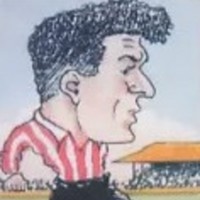 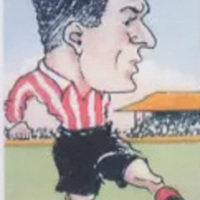 Former Bristol City full-back, George signed from New Brighton during the 1928 close season. Moved onto Exeter City for £25 in May 1929 but returned to City a year later. He played for Warminster during the latter stages of his career before once again coming back to Twerton Park to manage the reserve side in 1937. However, he only lasted a few months before resigning in October having lost all bar one of his games in charge. (Bath City ex-players website)