Originally a centre-forward, Hunter led the attack for Hylton Colliery FC. During the First World War he played for the West Yorkshire Regiment Battalion team and the Royal Air Force.

He signed for Sunderland in 1921 making his debut for them in an FA Cup tie against Liverpool in January of the following year. In total he made ten league appearances before signing for Exeter City in the summer of 1922

His first game for the Grecians was a 2-0 defeat at Newport County on the opening day of the 1922-23 season, and despite appearing in the next 16 matches, he then lost his place, and apart from one more game, had to be content with reserve team football. He left Exeter at the end of the season and signed for Workington.

On leaving Workington he signed for Southend for the 1925/26 season, he left Southend and signed for Doncaster Rovers and eventually ended up at Scunthorpe and Lindsey United in 1926. 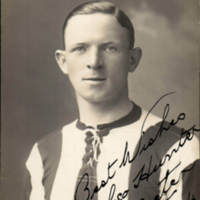 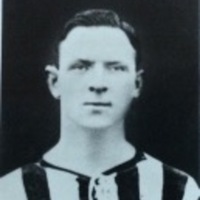