Signed as a full professional by Chelsea in February 1955, Huxford joined the club as a junior.

He did go on to make six league appearances for the Stamford Bridge club, but it was with his next club that he really established himself as an accomplished wing-half.

Moving to Southampton in May 1959, during the next eight seasons he played in 278 league games, scoring four goals. It was regarded as quite a signing by Exeter City when Huxford arrived at St James’ Park in June 1967.

Unfortunately for Huxford, his one season stay at St James’ Park coincided with a poor time of things for the Grecians. However, Huxford did play in virtually every game, commencing with his league debut against Bradford City.

He moved on to sign for Worcester City in the summer of 1968 where he ended his playing career. In later years he became manager of Brockenhurst (two separate spells) and also Eastleigh.

It was understood he owned a decorating business in Bishops Waltham in 2008,

Clifford died on the 3rd August 2018. He had spent 18 months in residential, and then nursing, care with Alzheimer’s, prior to his death on the morning of August 3rd, the very day of his wife Jill’s funeral. 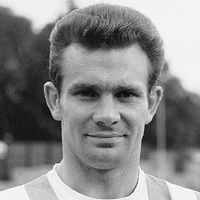 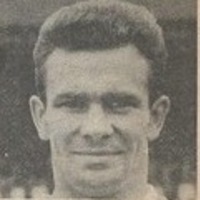