Green was to have a colourful and successful career both as a player and a coach. He began with a team called Haggate Lads, before getting his Football League chance with Rochdale in August 1955. He went on to score 8 goals in 46 league outings.

Moving to Southport in March 1959 he added a further seven goals in 20 league appearances. He dropped out of league football and linked up with Colwyn Bay.

He was given another chance to resurrect his league career by Barrow, who he signed for in September 1960, but he only played three games and then spent the 1961-62 season playing for Altrincham.

Exeter City hoped it would be third time lucky for Green as they signed him in August 1962, after a completing a successful one month trial at the club. Green had been working as a Lifeguard at Teignmouth during the summer.
He made a great start by scoring on his debut in a 1-1 draw at Chesterfield, but that was to be his only goal for the club. By November 1962, Green was transfer listed at his own request.

After turning down an offer from Poole Town in December 1962, Green moved to Chesterfield in January 1963, but he only featured in two league games for them and moved to Stalybridge Celtic. He then signed for Ashton United in September 1965.

Moving into coaching, Green became coach of the Australian national football team in 1975 and 1976. He also held coaching positions in Norway with FK Start and Bryne FK, winning two Silver Medals in 1980 and 1982 in the country’s top division, the Tippeligaen, thus guiding the team into the UEFA Cup in 1981 and 1983. 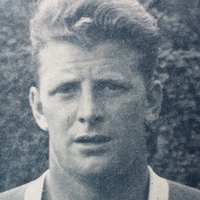 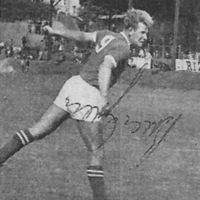