Mel Gwinnett was given his Football League opportunity by Peterborough United who signed him from Stourbridge in May 1981. Unfortunately he was unable to break into the Posh first team and he then moved to Hereford United in September 1982. Playing just the one league match for the Bulls, Mel then linked up with Southern League, Gloucester City. However, he was back in the Football League with Bradford City in June 1984, but once again, didn’t make the first team.

Joining Exeter City in August 1985, he was understudy to John Shaw, but he did get two opportunities in his first season with the club, playing against Colchester United at Layer Road, and then Preston North End at St James’ Park. The following season Mel again shared the goalkeeping duties with John Shaw and this time featured in three league matches. However, it was in 1987-88 that he finally enjoyed a run of games and made a total of 24 league outings. Mel played in the opening 17 league matches of the 1988-89 season before losing his place to Dave Walter. He asked to go on the transfer list in December 1988. In the same month he joined Yeovil Town on loan.

Mel then joined Weymouth on loan in March 1989. The deal with Weymouth was made a permanent one the same month when he signed for them in a £10,000 package deal that also took City player Richard Cooper to the Terras.

Mel later returned to Exeter City and became Youth Football Director, before taking on the role of goalkeeping coach, a position he has held from the 2008-09 season until the summer of 2017.

He joined Paul Tisdale at MK Dons in 2017, as part of his very extensive back room staff, and followed former City manager Paul Tisdale to Bristol Rovers, being appointed ‘Football Operations Manager’ in December 2020. Following the sacking of Paul,he also left Rovers in February 2021. 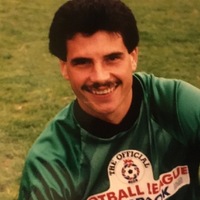 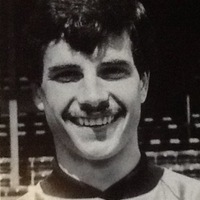 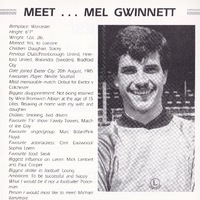 Great to see pictures of you again my great friend , remember driving you about everywhere in Peterborough great times great memories Trev