Exeter City fell to defeat in Devon derby as first half goals from Graham Carey and Paul-Arnold Garita won the match for Plymouth Argyle.

City had enough possession in attacking areas, but failed to make the most of their chances with Lee Holmes’ volley against the outside of the post and a Robbie Simpson header the closest they came to scoring.

Paul Tisdale made one change to the City line-up from the side that played at Crewe Alexandra last time out as Luke Croll returned from injury to replace Connor Riley-Lowe.

There was a place on the bench for new-signing Reuben Reid and he was joined by Holmes and Craig Woodman, who have both had spells out of the first team through injury.

City enjoyed plenty of possession in the first half hour of the match, but found themselves behind when Garita controlled the ball in the box and used his strength to set up a chance for Carey who fired into the corner of the net.

And the 21-year-old Cameroon-born striker made it 2-0 with 26 minutes played as he latched onto a through-ball from Craig Tanner before side-footing a shot past Olejnik.

Ollie Watkins responded as he cut in from the right and had a shot that was deflected just wide, while Robbie Simpson went close as he sent an overhead kick just past the upright.

Harley then had a shot deflect just wide of the left-hand post before Jake Taylor headed a Jack Stacey cross straight at Luke McCormick.

Then a great passing move created City’s best chance of the first half as Harley played a one-two with Watkins, which then allowed the youngster to play the ball in Stacey down the right.

The on loan Reading player then crossed into the edge of the six-yard box, but Simpson’s header was over the crossbar.

That was Harley’s last action of the afternoon though as City were dealt another injury blow as he limped off to be replaced by Holmes.

City started the second half on the front foot with Holmes setting up a shooting chance for Jake Taylor and Watkins weaving his way into the box before having another effort blocked.

However, Plymouth responded as substitute Jake Jervis cut in from the left before bringing a good save out of Bobby Olejnik.

City then created a great chance as Joel Grant crossed for Jake Taylor, but his header deflected just wide.

That was Grant’s last piece of action in the game as he was replaced by Reid with 27 minutes to go.

It was Holmes who was to go close next as he caught a bouncing ball with a right foot volley that smacked the outside of the post.

Watkins then did well to win a free-kick off Oscar Threlkeld 30 yards from goal, but Lloyd James effort was comfortably saved by McCormick.

As the game came to a close Jordan Moore-Taylor crossed into the centre for Simpson to head just over and Taylor had another effort on goal blocked. 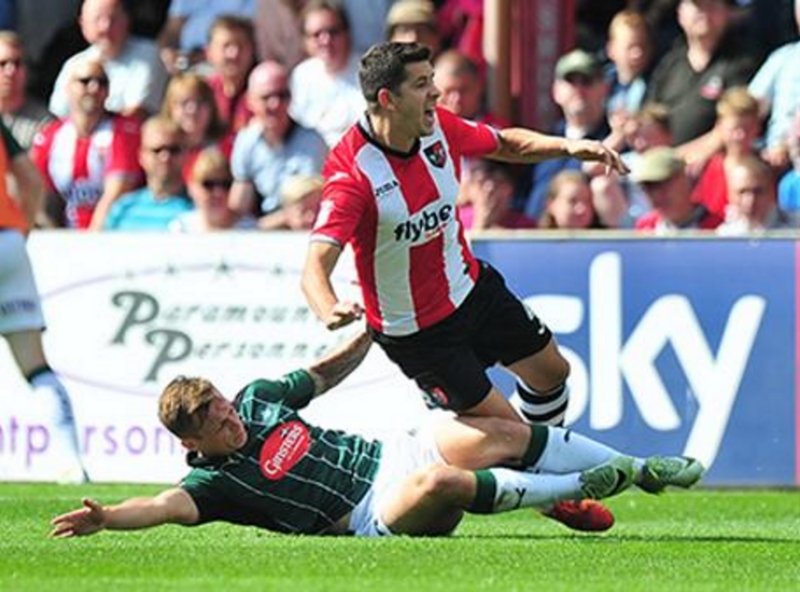