The Grecians, after a disappointing first half performance, produced a second-half fightback with Joel Grant pulling a goal back but they could not find an equaliser in what was a disappointing display.

City manager Paul Tisdale made three changes to the side that beat Barnet 4-1 in their last league match. Reuben Reid was ruled out through injury and replaced by former U’s striker Robbie Simpson.

Jake Taylor was suspended for the match and replaced by Matt Oakley, while Lloyd James dropped to the bench as Jack Stacey took a role in central midfield.

The Grecains fell behind in the seventh minute as Christy Pym was closed down by Luke Berry as he attempted to clear.

The ball ricocheted back towards the City keeper and defender Luke Croll but they failed to clear the danger once more and Berry stole possession and rolled the ball into an empty net.

Three minutes later and it was 2-0 as Harrison Dunk turned and fired home from just inside the box.

Craig Woodman and David Wheeler both had shot deflect off target in the minutes that followed and then Robbie Simpson headed a good chance wide when well placed.

However, the U’s had plenty of the territory and chances as well, with Uche Ikpeazu creating problems. Pym had to redeem himself to pull off an outstanding one-handed stop to prevent Leon Legge from adding to the scoreline before half-time.

There were two substitutions for City at half-time with Matt Oakley and Luke Croll going off for Joel Grant and James.

City started the second half on the front foot with Robbie Simpson having a shot blocked from close range.

James then turned his man on the edge of the area before curling a shot just over.

However, the visitors could have made it 3-0 when Pierce Sweeney got caught on the ball by Adam McGurk but the Cambridge substitute dragged his shot wide of goal.

City were back in the match on 73 minutes though as Woodman got down the left and delivered a superb ball into the area that Grant headed into the bottom corner from six yards out.

Moments later Grant broke down the left himself and delivered another good ball into the area that Norris had to get hand to palm away from David Wheeler’s head.

From the resulting corner, Wheeler did get his head to the ball but Norris was equal to his shot.

Holmes was next to go close as Grant played the ball back to him eight yards out but his effort was superbly blocked by Mark Roberts.

However, despite all their possession, City were not able to create another clearcut chance in the closing minutes of the game and the match ended in victory for Cambridge. 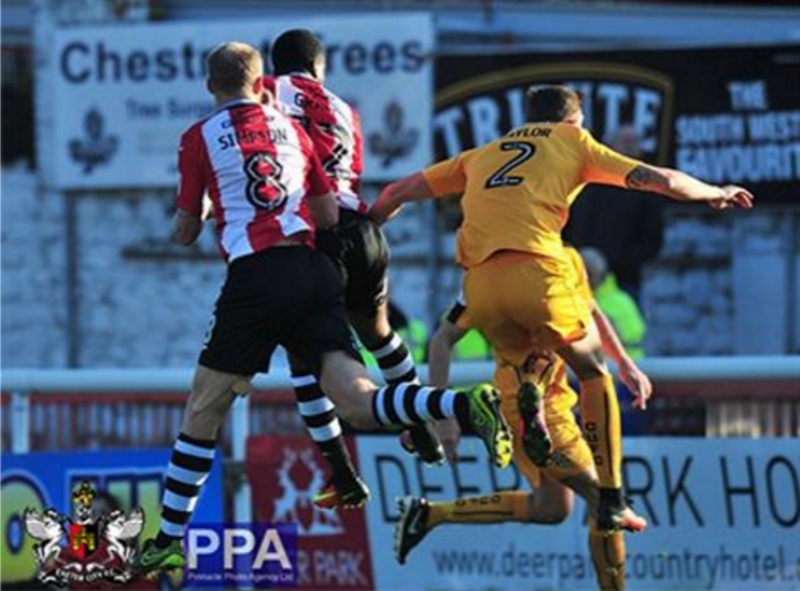