Bill Thompson was born in Glasgow, he played for Scottish junior club Carnoustie Panmure before joining Portsmouth. He was a member of Portsmouth's championship-winning team of 1949and 1950 He went on to play in the League for Bournemouth & Boscombe Athletic and Guildford City.

Thompson took over as manager of Guildford City towards the end of the 1955–56 Southern League season, in which they won the title.

In the Summer of 1957, he was the pick of more than thirty applicants for the manager job at Exeter City, he was probably City’s shortest serving manager. He was brought to Exeter during a period of rapid changes and was unable to make much impression on the club’s chairman – A. S. Line. The chairman believed that there was no place in the modern game for a manager responsible for both administration and team affairs. He wanted a coach and Bill Thompson either did not, or would not, fit into the new scheme of things, he lasted only until January 1958, when the club announced his departure by mutual agreement, though Thompson himself said he had been sacked.

A few days later, he was appointed manager of Southern League Worcester City, leading them to victory against Liverpool in the 1958–59 FA Cup and remaining in post until 1962. 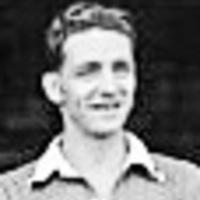 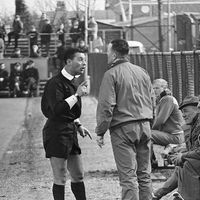