Just days after Wilson’s sacking, one of the most experienced football personality became manager of the club. Cyril Spiers was a 60-year-old chief scout with Leicester City. He had first began his career with Aston Villa with whom he remained for seven years before transferring to Tottenham Hotspur. A leg injury virtually ended his career after taking his total of League appearances to 262. Following on from this, he became assistant manager to Major Frank Buckley whilst at Molineux, as well as having two spells as manager of Cardiff City and one each with Norwich City and Crystal palace.

Whilst at city, he was very keen to develop youngsters, thus he brought in Jack Edwards as trainer at Exeter. Edwards had been with him as an amateur at Cardiff City and later as a professional with Crystal Spiers. Unfortunately, Spiers parted company with the club on amicable terms after only nine months and during a spell when the weather had prevented play for the previous six weeks. He immediately returned to Leicester City as their chief scout for the south of England. Spiers died on 21 May 1967 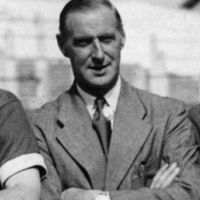 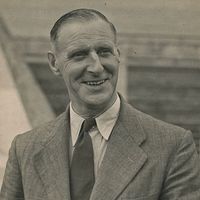