A defender, mainly at right-back, Scott Hiley first came through the Exeter City youth system in 1986. He was a key part of Exeter's Fourth Division-winning side of 1989–90, and in 1993 he followed manager Terry Cooper to Birmingham City. He spent three injury-hit years with Birmingham, and in February 1996 was a surprise loan signing for Premiership side Manchester City. Two months later the move was made permanent, but he found first-team opportunities limited and sat in the reserves for two years as City slid down the leagues. In August 1998 Scott returned to the Premiership with Southampton and spent 18 months there, before joining rival club Portsmouth in December 1999. He was a popular player at Portsmouth, captaining the side and winning the player of the year award in his first full season, but the team was not successful.

When Harry Redknapp was appointed manager in 2002, he cleared out most of the old squad and built a new team. While Portsmouth won the First Division title, Scott returned to Exeter in November for his second spell. He was one of the club's better players in the 2002–03 season, but he couldn't stop the side being relegated from the Football League. He remained with Exeter after relegation and, in 2003, joined the coaching staff. He continued to be a first-team regular until October 2005. During his second spell at Exeter, Hiley played for them in the FA Cup against Manchester United and became somewhat of a local hero when he nutmegged Cristiano Ronaldo. Finally, Scott left the club in February 2006 when his contract was terminated by mutual consent. Overall, he had spent over 10 years at St James Park in his two spells with the Grecians and had started almost 400 games for the club. 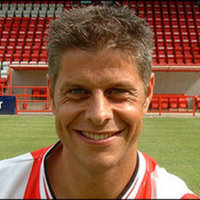 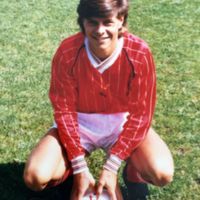 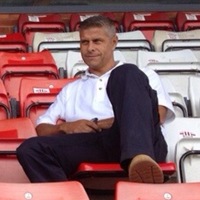