Reg Loram was born in Alphington in 1890. He was a farmer’s son, the eldest of six children.

When Exeter City went on their historic tour to South America in 1914 Loram was selected as the reserve goalkeeper. He was the only amateur in the party and had never played for the first team before.

He did not expect to play any games as he was understudy to the legendary Dick Pym (who would later play for Bolton Wanderers and England). But Pym was injured in the penultimate match in Argentina and took no further part in the tour.

Loram also missed the last game in Argentina through illness but recovered to play all three games on the Brazil leg of the tour. The final game was against the Brazil national team – their first ever match. Brazil won 2-0.

This turned out to be Loram’s last ever appearance for City’s first team but his skill in goal was recognised by the Football Express (23 August 1919) which commented that he was ‘at least the equal of most of the keepers in the Southern League, and but for the brilliance of Pym would probably figure often in the City first team’.

After the war, as a break from farming Loram captained City’s Reserves and had spells as a Trainer or Assistant Trainer. He appears in team photos in this latter role as late as 1935/6. 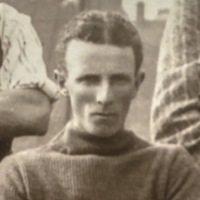 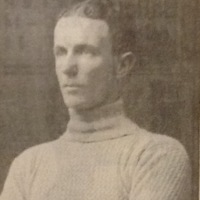 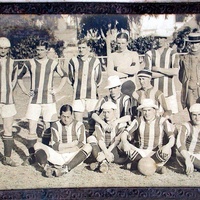 Alphington, Brazil 1914, Dick Pym, Goalkeepers, One of our own, Reg Loram