Hiram signed for Exeter City on transfer deadline day in August 2017 and made his first appearance for the club two days later in a 1-0 home victory over Newport County AFC. The strong, powerful midfielder started his career at Crystal Palace, making his first team debut for the Eagles in an FA Cup match against Stoke City in January 2013. At the end of the 2012/13 season, Hiram was awarded Palace’s Paul Brooks Academy player-of-the-year award and the next season he picked up the vice presidents’ accolade for young player of the year.

Hiram had loans spells at Crawley Town, Plymouth Argyle, Bristol Rovers and Northampton before putting pen to paper on a permanent deal at St James Park at start of 17/18 season.

Hiram did not sign a new contract at the end of the 18/19 season, he scored one of the best goals seen at the Park, towards the end of the season against Port Vale in April 2019. On May 27th 2019, he signed for Paul Tisdale at MK Dons, and as he was Under 24, compensation is paid.
One of the most gifted players to play for Exeter City. 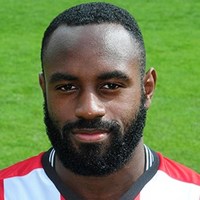 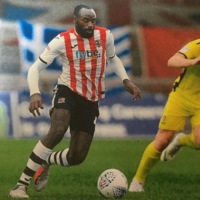 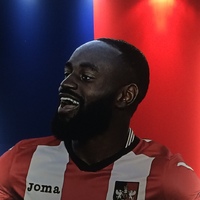