Toby, a product of the Exeter City Academy, made his debut with a substitute appearance at Oxford in an EFL trophy game in August 2016.

Toby, who spent most of the 2016-17 season on loan with Dorchester Town, he then signed for local rivals Weymouth on loan in July 2017.

Molesley said: “I hope he got something out of it. I would certainly like to thank him for his efforts and wish him well for the future. He played many games for us and he played for us in a spell last season as well.”

Down initially joined Weymouth in a one-month spell last season, making his Terras’ debut in a 2-2 draw at home against Banbury United. Toby scored one goal during his time with the Terras, which came in the 2-0 win at home against Tiverton Town and he made his last appearance for the Terras as a substitute in the 2-0 home victory against Biggleswade Town.

He also spent some time on loan at Willand.
That arrangement came to an end in January 2018, as Toby returned to the Grecians. However, he was off on loan again the same month, joining Taunton Town.


After being released by Exeter City, Toby linked up with Bideford in 2018. 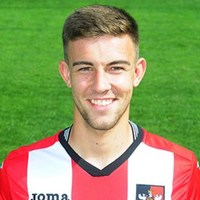 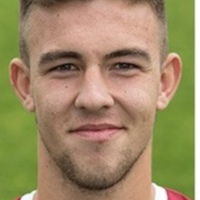