Joe Heath was signed by Manchester United as a schoolboy. After being released by United, he signed for Nottingham Forest. Joe made his full first team debut in August 2008, In total, he made 12 first team appearances during the 2008–2009 season.

In June 2009, Joe signed for Lincoln City on an initial six-month loan deal. In January 2010 he agreed to leave Forest by mutual consent.

Joe initially joined Exeter on a short term loan from Nottingham Forest in March 2010 before signing a permanent deal.

He was subsequently loaned to Hereford and then signed a deal with them after his solitary first team appearance for City in a JP Trophy game against Hereford.

In the summer of 2013, Joe joined Chester. He spend the 2014–15 season with West Kirby of the West Cheshire Association Football League. He then signed for Runcorn Town.

Joe later joined Welsh Premier League side Connah's Quay Nomads and signed with the club as a full time professional. He stayed  at Connah’s Quay Nomads until October 2018, after leavinv them he was appointed assistant player-manager at Vauxhall Motors FC in December 2018. 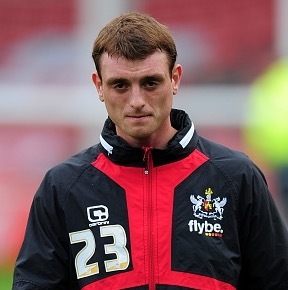