Squad Photograph from the 1910/11 season, in which Exeter finished in 13th place in the Southern League Division One but could reach the First Round of the FA Cup. 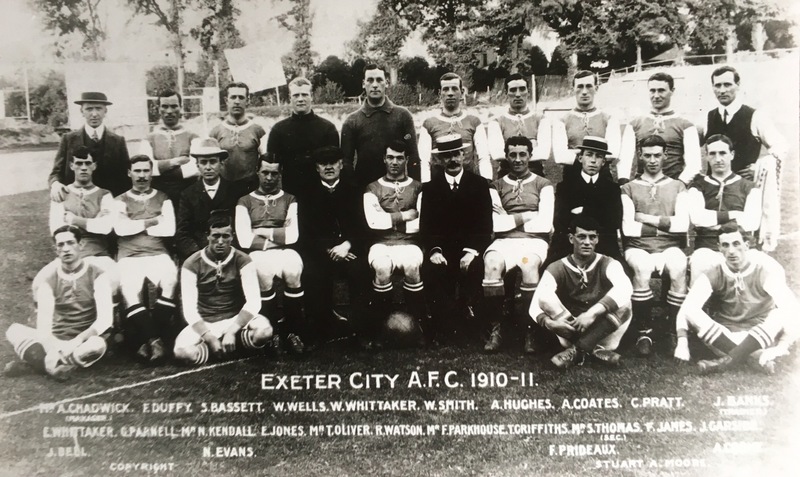