George Willis recalls City in the fifties by Martin Weiler.

We first met thirty four years ago. I was a newly arrived student at the University of Exeter and George Willis managed 'The Ewe' bar in Cornwall House on the campus. Nothing amazing there except that for this starry eyed teenager, the added factor was that George was an ex-professional footballer. Blow the academic world - this was special!

It was an incredibly busy bar byt George would somehow find the time to answer all our questions about his career including his time at Exeter City.

Now all these years later, with both of us living near each other in Heavitree, we arranged to catch up so I could quis him once again; only this time for the esteemed pages of 'The Grecian'. George filled me in on his early life.

"I was born in Newcastle, but the family moved almost immediately to Doncaster. It was 1926; my father was a miner and that of course was the year of the miners' strike."

Football offered an alternative to life down the pits and George went to Wolverhampton Wanderers as an apprentice.

"I never played for the first team there, but it was a great place to start and stood me in good stead because Brigton came in for me."

After two seasons in Sussex, George came down to Plymouth in 1949 and played for Argyle for six seasons. Then towrds the end of the 1955-6 campaign City manager Norman Dodgin made his move for the now experienced inside foward.

"I joined City in March and made a dream start scoring in a 3-1 home win against Northampton. It was probably as good a game as I ever played in for City; a fantsatic way to begin in front of nearly 7,000 fans," recalled George.

George went on to play in all the remaining games scoring twice in 13 appearances. His other goal was in the last game of the season at home to Gillingham, when he helped City to a 2-1 win. Although Exeter only finished 16th in Division Three South, a crowd of 6,887 still turned up.

"There were good crowds then and an excellent atmosphere especially in The Cowshed," says George. "There was also a fair bit of support for us behind the goal where the away fans now stand."

George reflected on his wages at the time.... "I was on £14 a week which was a lot in those days. I was always a top earner at my clubs. Mind you when I finished my career at Falmouth I was on more money than I had ever earned in the League.
"Training was hard. We used to exercise around St. James' Park, but not on the pitchexcpet on Tuesday mornings. We'd often train at Heavitree PArk and run there and back. We'd do sprints on a Friday morning and then went home to rest. We didn't see much of the ball; in fact I think we only had about three."

George is full of admiration for Norman Dodgin ... "He came from a footballing family and gave up playing at a young age to manage. He was very modern and would have been alright in this day and age. He thought a lot about tactics. I remember him playing with a deep lying centre foward away at Aldershot and they just couldn't cope." ... It was November 1956 and City won 4-1; George scoring one of the goals.

Of his team mates at the time George picks out Arnold Mitchell (a club legend whom I still meet up with"); George Hunter ("our goalie who had played for Celtic"); Jim Currie ("our centre foward, a goal scorer"); and Ted Buckle ("a winger, a good player").

"When I got off the train at Exeter on the way home the trainer said to me 'see you on Tuesday.' But I thought 'you won't be seeing me'. I knew it was serious. I'd had a cartilage injury before and this was the same. The next day I was in hospital in Plymouth under the knife. I never played for City again."

George finished his career with two years at Taunton Town and then three seasons at Falmouth.

Now after 23 years working at the University he is enjoying his retirement. Football took its toll and George has had three hip replacements ..... "But I've absolutely no regrets."

George and his son Roy are season ticket holders in the Old Grandstand. Watching the modern game inevitably draws out some big differences with the game he played.

"The pre match preperation was totally different. We just used to sit around until 2.30pm and then get our gear on picking kit out of a great big skip. It could well be unwashed and the socks have holes in them.
"The first time we went on the pitch was at Five to Three," George reflects. "I'm old fashioned; I worry now that the players take too much out themselves before a game starts."

Another big change is the plethora of red and yellow cards.
"It was so different back then," says George. "You knew you could kick your opponents in the first few minutes; you would never get a booking. In fact it was very rare to get a booking at all. I was only spoken to once and I could dish it out."

He may only have played two seasons for City but it is clear he loves the club in his now adopted home town. This is borne out by his final thought: "I just hope we can get bac in the League as soon as possible." 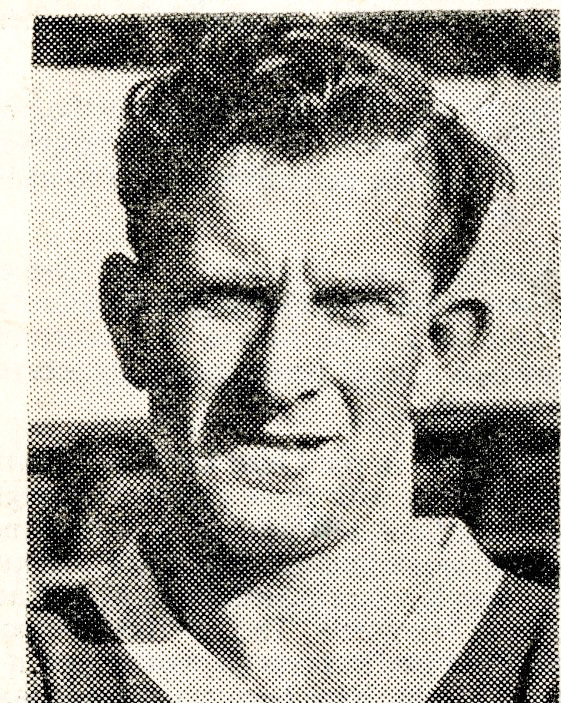