The young right-back, who has represented England at under-16 and under-17 level, made his competitive debut for West Brom in August 2016 when he featured in a 2-2 draw with Northampton Town in the EFL Cup.

He made his first start for the Grecians in a 2-2 Checkatrade.com Trophy draw at Plymouth Argyle and scored his first goal for the club in a 2-1 victory Barnet on Saturday, December 31.
After making 19 apperances, Kane returned to West Brom at the end of the season.

He was then loaned to League 1, Walsall on August 3rd 2018 on a season loan. After making 6 league apperances and playing in 3 other first team games in the first half of the season, he rejoined the Grecians on loan on the 14th January 2019. He made a further 17 apperances before returning to West Brom at the end of the season.

In July 2020, he signed a two year contract with Forest Green Rovers. 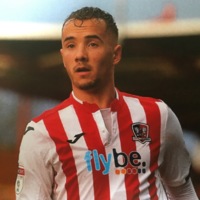 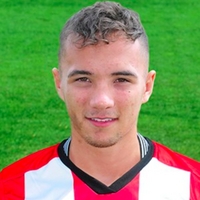