Tristan signed his first professional contract for Leyton Orient in November 2016, he then went on loan to Cambridge City making his debut on 26 December and returning to Orient in January 2017. He made his Football League debut as a second-half in Orient's 4–0 win at Newport County on 4 March 2017.
Tristan scored his first senior goal in Orient's 2–2 draw at Luton Town on 14 April 2017. He started the following game on 17 April and scored the winning goal as Orient beat Hartlepool United 2–1. He then signed for Norwich City for an undisclosed fee in July 2017. Returning on loan to Orient for their 2017-18 season, the loan was terminated in September 2017 because he was not being played.

He joined Exeter City on a season long loan for 2018/19. Tristan made his debut for Exeter City on the 4th August 2018, coming on as a 2nd half substitute against Carlisle at St James Park in the opening match of the season He scored his debut goal in the game against Carlisle scoring Exeter's third goal in a 3-1 win in the 93 minute, 29 minutes after coming on. Tristan returned to Norwich City after he was recalled from his season-long loan early by the Championship club at the end of January 2019. On the last day of the transfer window he was loaned from Norwich to Yeovil for the remainder of the season. He scored 3 goals in 15 apperances for the Glovers, but could not prevent them from relegation to the Conference. He signed for League 2 club, Newport County in time for the 2019/20 season. In July 2020 he was selected as Newport County's Young Player of the Year for 2019-20 after playing 33 times and scoring 4 times in the aborted season. He resigned for Newport for 2020/21.

Carlisle United signed Tristan Abrahams on a two-year deal after the striker failed to agree terms with Newport County beyond 2020-21. 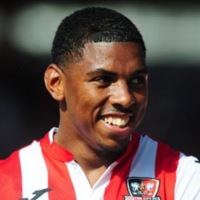 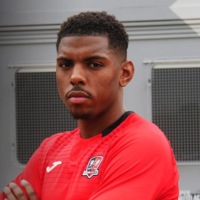 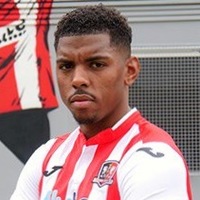