He moved to Limerick in January 2017. He was nominated three times for the League of Ireland Player of the Month award.

On 30 January 2018, Ogbene signed for English club club Brentford on a three-and-a-half year contract for an undisclosed fee.
He made his league debut on 10 April 2018, making one further appearance that season.

He moved on loan to Exeter City in August 2018.

Chiedozie, 21, has made two Championship and one EFL Cup appearance for the Bees after joining the West London club following a successful spell at League of Ireland Premier Division side Limerick. The winger, who scored eight goals in 34 games at Markets Field, is known to City through assistant manager Eric Kinder who worked with the player at Limerick. He is eligible to play for both the Republic of Ireland and Nigeria at International level and won the FAI Cup Cork in 2016. Chiedozie said he was delighted to join Exeter on loan and get a chance to play in a team that is on the up. “I am very excited,” said Chiedozie. “You have to be excited to get an opportunity like this. I am very pleased that Exeter have great belief in me to come down here and hopefully I can help them go to where they want to go. “I have researched about the club and, knowing Eric, I have seen that they play good football and I feel like they are a team that are on their way up and I want to be part of that.” Describing his style of player, he added: “I am a direct player. My strengths would be my pace and my power. I like to run at defenders. I like to get in behind and I like to bring a different dynamic of the game into football. "That is what I want to do and I am going to use my strengths – my pace and my power – to threaten teams, try and score goals and get the team a win.”

He made his debut for the Grecians coming on as a 2nd half substitute against Lincoln City on the 1st September 2018.

After playing 13 league games and 4 other games in Football league trophy, Ogbene returned to Brentford in January 2019. 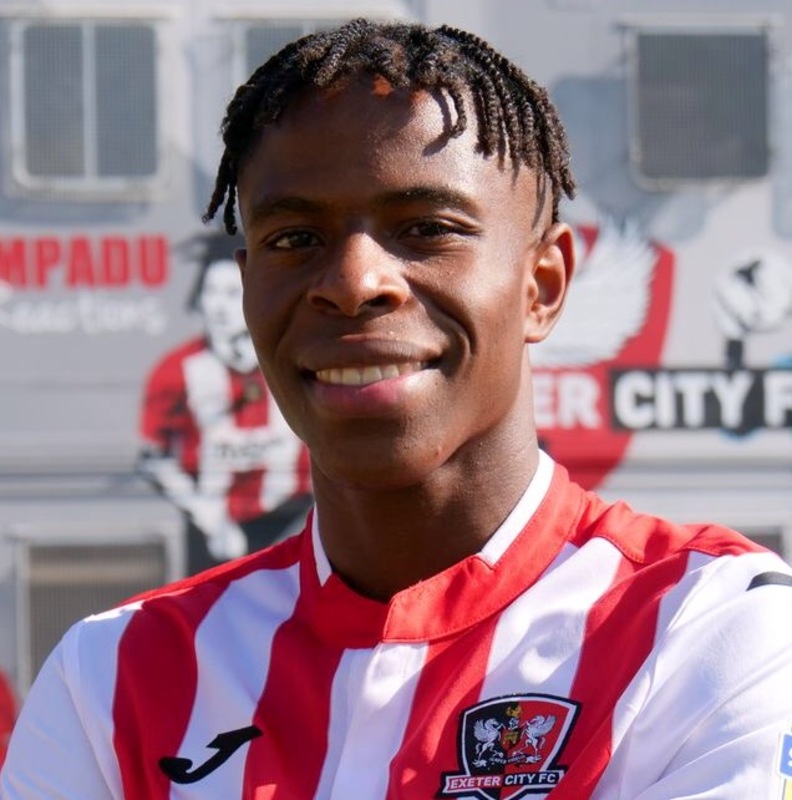