Will made his first-team debut for Exeter City as substitute in the Checkatrade.com defeat to Chelsea under 21's in 2017/18.

Will, joined Exeter City Academy at under-9s, but left for a brief spell at under-13s before coming back to the club at under-15s. He can play in central defence or midfield and has a real classy passing range along with a determination to regain possession and defend.

He made his league cup debut for Exeter on the 5th of September 2020, against Bristol City and his league debut 7 days later away against Salford City.
He was on loan at Truro City for the 2019-20 season and was voted as the players player of the year for the season in May 2020.

Will joined Bath City in November 2020, initially on a one month loan.

He was released by Exeter City on the 12th of May 2021, after his contract had expired.

“Truro City Football Club are delighted to announce the signing of midfielder Will Dean.

The Exeter City Academy graduate returns to the White Tigers on a permanent deal following his departure from the Devon giants earlier this month.

Will spent the 2019/20 season on loan with City where he starred in the heart of the midfield as we made it to the summit of the Southern League before the campaign was unfortunately cut short.

His performances were recognised by his teammates as he was voted the Players Player of the Year before returning to his boyhood club of Exeter.

In September 2020, the 20-year-old made his Football League debut for the Grecians in a 2-2 draw against Salford City. A loan move to Bath City followed in November before the season was yet again curtailed in early 2021.

Dean was released by Exeter earlier this month and despite a lot of interest from higher league sides he has decided to return to us to work with manager Paul Wotton once again.

Following the news Paul said, “To go after Will was a no brainer. I’ve wanted to sign him since the day he went back to Exeter from the loan he had with us.

"He’s a player I rate really highly. He’s a really good human being as well as mature. He works hard, he’s diligent, he’s from a good family and he’s really polite. He’s exactly the right kind of character we want at the football club."

He continued: “We’re thrilled to have him, it’s been a really long process, I’ve had to be very patient, but we’ve got there in the end. I’m glad its all done nice and early as well. He’s settled in his mind now and he’s looking forward to playing football because he hasn’t played in a long time because of Covid. He’s someone we rate highly and have a lot of respect for.”

We look forward to seeing him back in a Truro City shirt this season.” 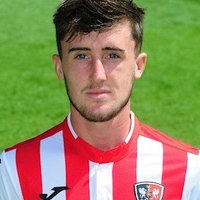 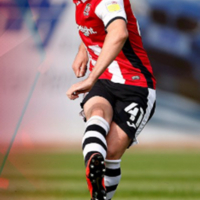