Julian Tagg went to Ladysmith School, Exeter College and has an Education Degree from St Lukes, Exeter University. Subsequently, he lectured in Physical Education at Exeter College for 20 years specialising in Sports Psychology before retiring to concentrate on his property business and his children’s Summer Camp educational provision.

He began coaching football, gaining the FA Preliminary Coaching Badge (B Licence equivalent) at 19 years old. His connection to Exeter City was initially as a supporter aged 9, ball boy aged 12 and was signed by John Newman aged 15 to play Western League. After University and a spell with Exmouth Town Julian returned to City to play and manage the Reserves for one season until his playing career was finally halted by a serious knee injury aged 23.

Ten years on he was recruited to run the first-ever Exeter City under-12 team, that evolved into the conception of the current Academy. Julian coached that team, which included Dean Moxey, through to Under-16 whilst developing the whole Academy, alongside Eammon Dolan, from 15 boys into 200. In 2016, he was responsible for the further development of the woman's team and girls football.

When the Trust became the majority shareholder Julian stepped up into the Boardroom becoming Vice Chair, his motivation then as now, to ensure that the youth programme firstly was not closed down and secondly thrived. At the same time he became, and remains, the Chairman of Football in the Community, which was latterly changed to City Community Trust.

After a two-year spell as acting Chief Executive, Julian was appointed Executive Director (football) in Autumn 2013, and in 2014 became Chairman. 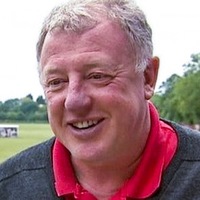 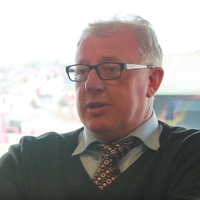