My first act as Chair of Exeter City FC was to receive a winding up petition to be heard at Leeds Crown Court. June 2003 was an uncomfortable time to become Chair, not least because bailiffs kept appearing to sequester goods and the Club was about to ask debtors to receive a very small proportion of the money they were owed as part of a CVA. The Trust Board, of which I was Chair, had almost to a person become the Club Board, and had to set about rescuing the Club whilst preparing for Season 2003-2004 outside the Football League, although even that was on several occasions in doubt.

As, I imagine, has so often been the case in the past it was the willingness of a very large group of Exeter City fans to operate in what, at times, seemed a hopeless situation that was to save the Club. It was a summer of work parties, constant Board meetings and engagement with Solicitors, the appointment of Jerry O’Sullivan as CVA supervisor and contact with the almost inscrutable officials of the Football Conference. It was also a time of generosity by my employers, The University of Exeter, in allowing me the facility to work in and around my full time job.

By early September 2003 the Board had decided that it was essential to have a majority shareholding in the Club, and after much behind the scenes work this was achieved in that month and we entered our Creditors Voluntary Arrangement. This limited even further the amount of autonomy for the Club Board, as all Board meetings were attended by the Supervisor.

Whilst ‘the business’ was at times often grim, the Football Experience as Chair was a delight (usually!) with visits to Clubs, the majority of which we had never played before. Our Manager was a guiding light who, I think, welcomed the autonomy that we, as Directors allowed him. Highlights of the 2003-2004 season were starting the season at all, finding a firm who would transport us to games, shaking a leg at the Brazilian Ambassadors reception and a revisit from the F.A. Compliance Unit! All combined with travelling away with fans committed to the Club.

Season 2004-2005 was to be a financial turning point, but also of upheaval within the Board as the toll of having ‘a day job’ as well as running a football club started to catch up with various Board members. There was continuing financial stringency with November and December being particularly gloomy as the Board struggled to cut costs. It also coincided with a change of Manager as Eamon left to join Reading as Youth Coach. The Manchester United games have been well documented elsewhere, but few other Football Boards would have been willing to pay their way to travel and attend. Only subsequently did the Universal appeal of United get emphasised after being woken up by a Chinese news agency to speak as the Chair of Exeter City at 03.30! It’s often believed that the two Manchester games ‘saved’ the Club, but in truth the stringency and cost cutting continued through 2005 and into 2006.

It was also evident that there needed to be a restructuring of how the Club was managed and run, but this would only be possible once the Club had discharged the obligations of the CVA. In January 2006 our supervisor indicated that the final debtors had been paid off and in February 2006 my final act as Chair was together with incoming Chair, Denise Watts, to receive the final documents that ended the uncomfortable challenge of running a club in receivership.
I returned, thankfully, to the Trust and an Academic life.

Since they are likely to go unmentioned elsewhere I was grateful for the support I received from all Board Members, especially Terry Pavey, Geoffrey Styles, Barry Sansom and our Ground Manager, the indefatigable Dacre Holloway. 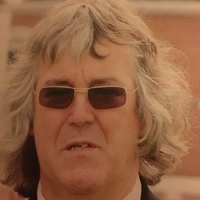 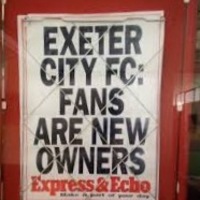