Although Exeter named Uri Geller as co-chairman, John Russell actually took over in 2002 with Mike Lewis, a man with long commercial experience in football, from Newport County in the 1970s, to Tottenham, Reading, then Swansea, where he became managing director. In the summer of 2001, Swansea's London-based owners, Ninth Floor plc, which lost £4.5m through their involvement with the club, sold it to Lewis for £1. He passed on the shares for the same amount to Tony Petty, an English ex-patriate based in Australia. Swansea ended up in a voluntary arrangement with debts of £1.7m.


A message from John Russell and Mike Lewis (Programme article against Southend last game of the season, 2003)

"It is almost a year to the day when we took control of your football club.
Since then we have seen many changes and some trauma along the way.
At no time did we believe that the club would be in the position it is today, that is fighting for league survival.

Money was found for players sought by successive managers. The squad strength rose to 32 at its peak and we still struggled. Yes there were times when we looked like a relegation side and did not deserve to move up the league table, but recently we have seen under Gary Peter's leadership a vast improvement in the performance of the team in terms of discipline and latterly results.

It is our intention to offer Gary a further contract come what may as we have all seen the qualities this man brings to a lower division club.
We feel the majority of the fans feel the same.

A fan of over 40 years service to the club said to us recently...
"Perhaps it will be a good job if we go down because this club has been on the brink of Conference football for some time now and the club may benefit from re-structuring"....We do not entirely agree with that sentiment but understand the philosophy behind the remark.
Huge debts were inherited by us on arrival and more hidden "debts" came to light over the subsequent twelve months.

We have tried, with some success to reduce these debts, but for the club to move forward we need some clear water between the debt burden and operational needs. What form that will take will be revealed in the next two weeks.

All third division clubs struggle financially and we are no exception. Some hard decisions will have to made during the summer come what may.

Friends at Board level have been hard to keep. Some had their own agenda and were never "onside". There are exceptions and we would single out Murray Couch and Sean Kilbride as two who saluted the flag.

One man who has dealt with us in an open and honest manner and for years single-handedly kept this club afloat deserves special mention. He has become a friend and kept his promises of not interfering with day to day activities of the club. That person is Ivor Doble. Thank you Ivor!

Last but certainly not least we salute you the fans. You have been magnificent.

There have been times when you have travelled to away grounds knowing full well that a minor miracle was needed to be performed for the team to gain points. Yet you still sang and made a hell of a noise. Your total understanding of the Club's problem's have encouraged both of us to give it our best shot.

If that "best shot" isn't good enough then perhaps a change is needed. However in the present stormy waters that many football clubs are experiencing, there is an acute shortage of people willing to take the plunge and invest in a club.

We have already said that should there be anyone who strongly feels that they could do a better a job we would only be to pleased to talk.

At 4:45 this afternoon we will hopefully be raising the roof at St James Park. should the unthinkable happen then do not despair because, to coin a phrase we will return" 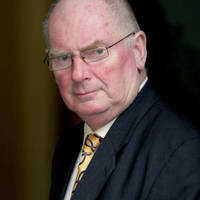 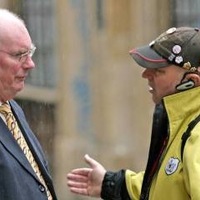