In the early 1980's , local jeweller Ivor Doble became involved with the club and became chairman of Exeter City in 1985

On 9 May 1988, City appointed Terry Cooper as manager. Following a mid-table finish in his first season in charge, Cooper led City to their only major title in 1989/90 winning the Fourth Division title. City won an impressive 20 home league games in their title winning season and remained unbeaten in all 31 home fixtures (including cup games).

Following the club's promotion, Cooper led City to 16th in the Third Division,before leaving for Birmingham City at the end of the 1990/91 season. Alan Ball was subsequently appointed as manager on 6 August 1991.

In September 1993, comedian Freddie Starr was reportedly interested in buying City; he met with the Supporters' Club in a hotel near Exeter and even attended the club's 5-0 home win over Wrexham. However, this interested faded soon after Ball left for Southampton in January 1994 and was replaced by the man he had originally succeeded at City, Terry Cooper. Despite his return, City finished 22nd in the 1993/94 season and were relegated back to the third division.


In August 1994, the Club were placed under a transfer embargo, at one point even being refused permission to sign a player on a free transfer and willing to playing for free. This led to the club only having 18 registered players, five of which were aged 18 or under. The continued financial troubles saw the club sell St James Park to Beazer Homes for £650,000 in November 1994.

On 26 April 1997, illusionist Uri Geller attempted to use psychic energy (by placing crystals by the goalposts) to help the club beat Chester City City lost the game 5-1.

City's finances began to improve and, as a result, the Club embarked on a redevelopment of St James Park. In February 2000, the open terraced Big Bank was replaced by a new covered terraced stand, named the Cliff Bastin Stand after the former Arsenal and England forward who had started his career at Exeter more than 70 years earlier. In 2001, the Cowshed (the terraced stand along the side of the pitch) was replaced by the Ivor Doble stand, an all seater, single tiered stand with executive boxes.
The St James School building was refurbished into new offices, a social club and hospitality, conferencing and banqueting facilities. The costs of the redevelopment left City with new financial difficulties. 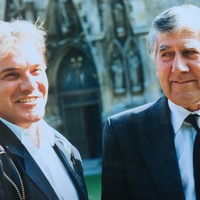 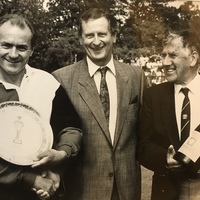 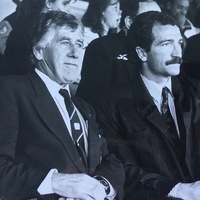 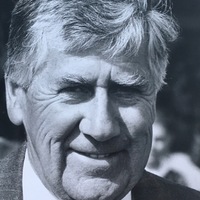 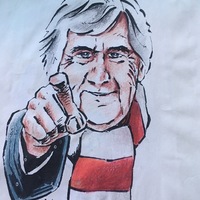 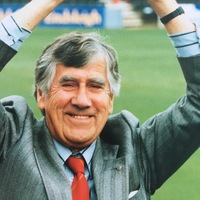 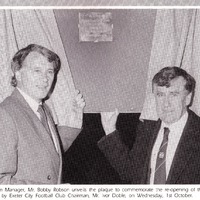 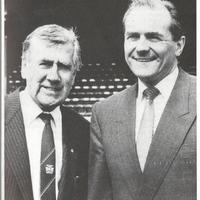