Born in Blackheath, London 4th September 1885. Spenser Thomas Bassett was signed from Woolwich Arsenal for the 1910-11 Season and made his debut on the 3rd of September at home to Brentford in a 0-0 draw. He had made 1 appearance for Arsenal in the Football league prior to joining Exeter as a Right Half in the Southern League. His last game for Exeter was a 4-1 defeat at home to Millwall on March 29th in front of 3000 at St James Park. Exeter Finished 7th that season.

Bassett made 81 League appearances along with 6 in the FA Cup, Scoring 5 times. 2 of his goals came in the FA Cup, one in a 5-1 defeat at Cardiff City in front of 18,000 at Ninian park(4th Qualifying round) the other was the winner in a 1-0 victory home to Reading that took Exeter through to the 5th qualify round in 1910-11. Incidentally this was a 2nd replay. After a 1-1 draw at Reading the replay took place at Exeter's Rugby Club County ground as The St James Park Pitch was deemed to be too short for FA Cup regulations at the time. On November 23rd ten minutes into the game at St Thomas the Fog came in and the game was abandoned with 3000 in attendance. The rearranged replay took place 5 days later with 2000 in the ground to see Bassett score the winner to earn City a home tie with Nelson in Lancashire. This game was transferred to Nelson as that Club also protested at playing at St James Park and The County Ground was not available. City won the game 4-3 and drew Burnley in Round 1 proper at home, a town 4 miles away from Nelson. Burnley too had the game transferred away from St James Park and in front of 16,000 at Turf Moor won the tie 2-0.

In the 1913-14 season Bassett Signed for Swansea City (Town as it was known then). He then moved back closer to his home town signing for Southend United for the 1914-15 season. Spencer Thomas Bassett had joined the Royal Garrison Artillery, service number 70384 and was in the 140th Siege Battery. He was killed in action near the village of Bullecourt in France on Wednesday 11th April 1917 aged 32. He is remembered at Pozieres British Cemetery, Ovillers-Le Boisselle on the Cemetery Memorial. (Memorial Ref II.J35.). There are 1387 casualties mentioned here. 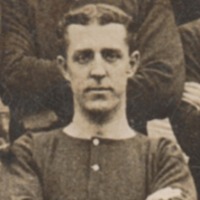 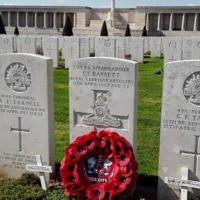 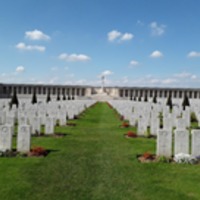