Percy Worner was Exeter through and through. Educated at St Sidwell’s, he did his teacher training at St Luke’s, returned to teach at St Sidwell’s, and lived a stone’s throw from St James Park. A true Grecian if ever there was one. When a boys’ league began in Exeter in the late 1890s, Percy represented his school. He played with several of his future Exeter City team-mates. Later, he turned out for Exeter Athletic, a club that shared a ground at Mount Pleasant with Exeter Wesleyan United.

There were St Sidwell’s old boys in both teams. In mid-1901 a new club was formed, drawing on players from Exeter Athletic and the Wesleyans. It was called St Sidwell’s United. In the 1980s, Percy’s niece confirmed that her uncle was one of the founding members. Percy played mainly for the reserves after the club changed its name to Exeter City in 1904. He made appeared for the first team in the Plymouth & District League as half back,. At St Luke’s he played alongside his friend, England international Evelyn Lintott. But unlike Lintott, Percy remained an amateur.

There was contact though with Exeter City pros. Two of them, Spencer Bassett and Arthur Coates, were in digs with the Worner family at Egerton Park Road. When Bassett signed for Southend, he made a point of staying in touch with the Worners. The family would suffer a double tragedy, first the news of Percy’s death, then six months later news that Bassett had been killed.

When war broke out, Percy enlisted with the Public Schools’ Corps and spent six months at the Front. Returning home, he trained for a commission and was made a second lieutenant. Back in France with the 9th Devon's, he’d have been informed of the death of Evelyn Lintott on 1st July 1916. Percy, 32, was killed in action on 4th September.
Around this time, it was reported in Exeter that he had requested a football for his company. ‘With the approach of winter,’ he writes, ‘We are very anxious to start a football team in our company. Could we ask the people of Exeter to help us? We should be extremely grateful.” A ball was duly dispatched.

Montauban village was taken by the 30th and 18th Divisions on 1 July 1916 and it remained in Commonwealth hands until the end of March 1918. It was retaken on 25 August 1918 by the 7th Buffs and the 11th Royal Fusiliers of the 18th Division. The Bois De Bernafay is a pear-shaped wood close to the east end of Montauban village. It was taken on 3 and 4 July 1916 by the 9th (Scottish) Division. On 25 March 1918, in the retreat to the Ancre, the same Division was driven from the wood but recaptured it for a time. On 27 August 1918 it was finally regained by the 18th Division.

The cemetery was begun by a dressing station in August 1916 and used as a front-line cemetery until the following April. It contained at the Armistice 284 burials but was then increased when graves were brought in from Bernafay Wood North Cemetery and from the battlefields immediately east of the wood. Bernafray wood north cemetery was opposite the North edge of the wood, a little East of the Longueval - Maricourt road. It was begun by an Advanced Dressing Station, and used from July to October 1916. It contained the graves of 80 soldiers from the United Kingdom and 1 German prisoner.

Bernafay Wood British Cemetery now contains 945 burials and commemorations of the First World War. 417 of the burials are unidentified but there are special memorials to 11 soldiers known or believed to be buried here. Other special memorials commemorate 12 soldiers buried in Bernafay Wood North Cemetery whose graves were destroyed by shell fire. The cemetery was designed by Sir Herbert Baker. 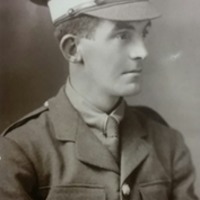 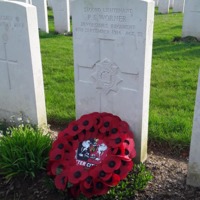 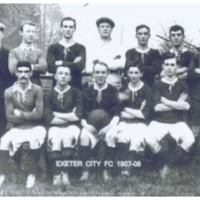 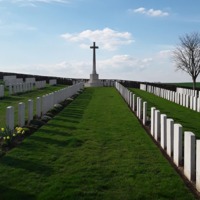