Exeter City Signed Joseph for their 1st Southern League season of 1908-09 having previously played at Bury (5 games) then Macclesfield Town. Joseph Bulock played 23 league games as a right back defender, his last being a 4-0 defeat in front of 8,000 on March 10th 1910 away to local rivals Plymouth Argyle. Joseph also made 9 appearances in the FA Cup run that season too as 9 fixtures were played in total with City having to Start at the 1st Qualifying round stage going out to Plymouth Argyle in round 2, a defeat of 2-0 in front of a 20,000 attendance at Home Park. Incidentally Exeter's record victory to this day came in the 1st Qualifying round fixture, a 14-0 home victory v's Weymouth. Joseph left for Crystal Palace at the end of the season and went on to make 146 appearances (2 goals) for them before joining Swansea for the 1914-15 season.

While at Swansea Joseph joined the Welsh Regiment( Service Number 63064) He died of his wounds at 36th Casualty Clearing Station in Watten in France on April 20th 1918. He is buried in Haringhe (Bandaghem) Military Cemetery in West-Vlaanderen, Belgium. 806 casualties are remembered here. Cemetery/Memorial reference V.C.21. 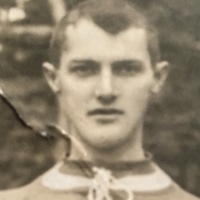 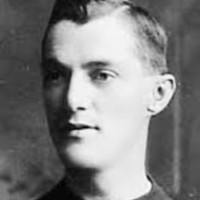 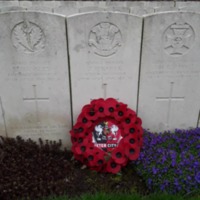 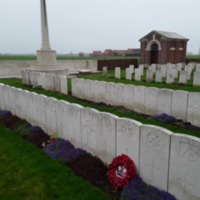