Born in Horwich, Arthur Evans played from 1913 to 1915 for Exeter City, although did not travel on the famous 1914 tour of Brazil and the Argentine.

He became Sergeant while serving in the 24th Battalion of the Royal Fusiliers which was known as the 2nd Sportsman's Battalion, service number SPTS/2492. Evans was Killed at the Somme on July 31st 1916 there is no known grave. He is listed on the Thiepval Memorial in Northern France alongside over 72,000 casualties. (Plaque number 8C9A 16A, Pier & Face ). Evans was born in Bolton, previous clubs being Blackpool and Manchester City but never played Football league before Signing for Exeter in the 1913-14 season. His Exeter City record is 27 league and 1 FA Cup games scoring once in a Southern League fixture on the 13th of February 1913 at home to Crystal Palace in a 1-1 draw. 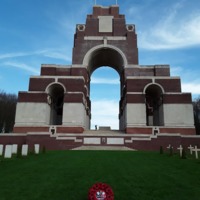 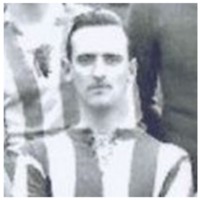 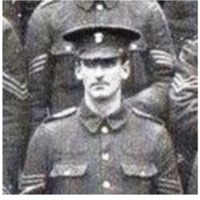 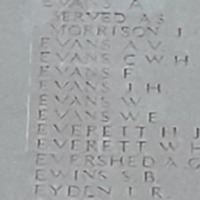