Edwin was a native of Clyst St Mary in East Devon and played with City as an amateur. He is pictured in the 1912/13 team squad and turned out for the reserves in their Plymouth and District League matches. The Football Express reports a Clark goal in the 3-2 defeat at Torpoint saying he earned a hearty handshakes by netting grandly. His shot was easily the best of the afternoon'.

Edwin was killed in an accident on his ship HMS Vivid while at Grimsby, He’d fallen into the sea from the upper deck, his head hitting a torpedo net. On 6th December, he died in a Grimsby hospital. His wife Ethel had travelled from Whipton in Exeter to be with him. Edwin is buried in Clyst St Mary churchyard and remembered on the war memorial at St James Park and in Whipton Church.
HMS Vivid was previously called HMS Cuckoo (1873). She became a base ship in 1912. The boat was an Ant-class iron screw gunboat. She was renamed HMS Vivid (Old) in 1920 and YC37 in 1923. She was sold in 1958 pictured below. 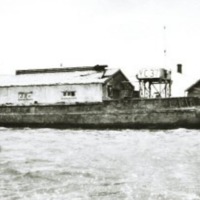 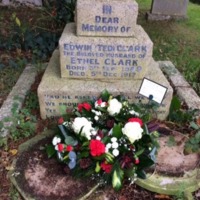 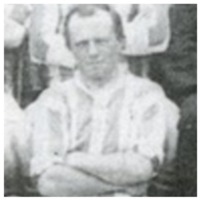