“I have been asked to write a few words of what it is like to be the Chairman of Exeter City Football Club. In the first instance, I would liken it to a juggler who, to fulfil his act, must balance on one foot, and every other instinct tells him to keep both feet on the ground. To hold a true balance of the clubs affairs, and not to be timid of decisions however unpleasant, if the best interests of the Club are to be preserved is the keynote of the Chair as far as I am concerned.

Perhaps Rudyard Kipling’s “IF”, in particular the verse as quoted is appropriate.
“IF you can keep your head when all about you, Are losing theirs and blaming it on you, If you can trust yourself when all men doubt you But make allowance for their doubting too If you can wait and not be tired of waiting Or being lied about, don’t deal in lies Or being hated, don’t give way to hating And yet don’t look to good nor talk too wise” Reginald Rose.

A most critical stage in the Grecians History

"The Exeter City Football Club has now reached the most critical stage of its history. This is not the time to mince words so I will come right out and say that the old club might very well be heading for extinction.

Maybe you think I am exaggerating but I assure you that I am not. These notes are being written immediately after having a real heart to heart talk with the club's chairman, Mr R. J. Rose who has no desire to hide any alarming facts from the supporters. Indeed, Mr. Rose feels just the opposite, and it is his wish that I convey these striking facts to you.

This is no time for complacency for the facts are striking, as is the bell of doom sounding out a warning not only to lovers of football in and around Exeter but to each and every citizen who is affected in some small way by the presence of a first class club in the area.

There is, however, still time to save the situation, and inserted in this programme is a form which invites you to answer the present appeal by loaning the club money.

This is not the first the club has found itself in dire financial difficulties but in the past they have been able to turn here and there for money without having to appeal direct to those regular supporters who have been contributing their three bobs and more for many seasons past.

Unfortunately, many of the doors on which the club have previously knocked for help are now permanently locked and before your chairman can encourage others to come forward and join himself and Mr Gillin on the Board of Directors he must be able to show that you have proved you want the club to continue and have indicated this by taking up the £5 loan receipts which are available.
It has to be admitted that Exeter City has had a number of seasons at the wrong end of the league and this accumulation of mediocrity has tended to dampen the enthusiasm of many of the older long suffering supporters. But that does not mean that we are going to let the club die just when we have a Chairman and Vice Chairman who have shown their enthusiasm in no uncertain manner and proved their faith in the club by contributing so freely to the running expenses by dipping deeply into their own pockets.
Mr. Rose had hoped that in the past 12 months, we could stave off this crisis and gain impetus which would take us on to better things. That has not happened however, and before Mr Rose has really had time to set the club on the right track it has slipped further downhill.
A great opportunity now exists to head this club on the way to bigger and better things. With only Mr. Rose and Mr Gillin now remaining on the Board of Directors the way is clear to make what can almost amount to a fresh start and infuse new life blood into the club by inviting new men to become members of the Board.
At the present time the club's total commitments amount to about £42,500 and with gates showing an alarming fall it is due large to the generosity of Mr. Rose and Mr. Gillin that the club is continuing to meet its week to week expenses. Obliviously that cannot continue indefinitely and it wont be allowed to continue if supporters will only rally round and take up these £5 loan receipts and so point the way towards encouraging others to follow suit.
Let me make the point that the club is asking for loans not gifts. Commencing in September 1963 it is proposed to have an annual draw for the purpose of repaying such number of Loan Receipts as the Directors may decide, but all to be repaid within ten years.
The average attendance this season is about 4,800, so if only one in four of that number can each loan the club a fiver then the sum of £6,000 would go a long way towards solving the problem." 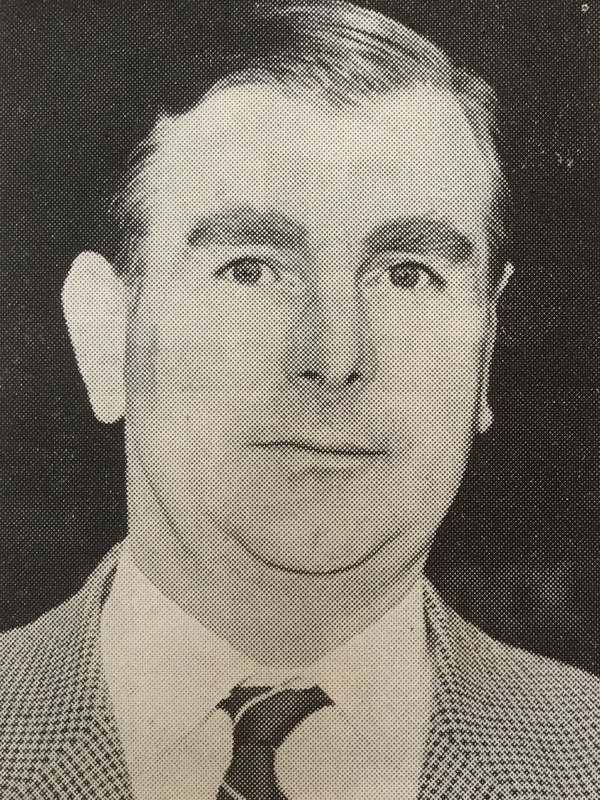