When Les Kerslake took over the chairmanship of Exeter City in 1967 it was the first time since 1957 that a “true dyed in the wool” supporter of the Grecians was in charge.
The three previous Chairs although football enthusiasts were strangers to the club and did not reside in Exeter.
Immediately after the Second World War Les Kerslake was largely responsible for reviving the Supporters Club and was secretary of the organisation for many years. He also began the “red and white” small lottery and promoted this to the extent that they donated in excess of £200 000 in the following years.

One of the first things that he did was to contact Frank Broome in Australia with the view of appointing him as manager.

Exeter has never held many records but within a few weeks of his chairmanship and within the space of four days they managed two.
Firstly, On the opening day of the new season in the fixture at Valley Parade, Bradford, were the first side to score from a free kick against the opposing keeper under the new rule that had been introduced in the Summer.

On the following Tuesday the Grecians were the first club ever to be granted permission to break the 14-day registration rule and field a player in the Football League Cup tie who had only been registered the previous day.

Les Kerslake remained in charge for nearly 4 years. He was replaced by Fred Dart. 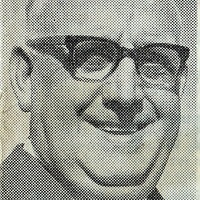 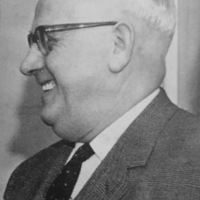 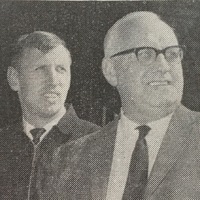