Jack Fitchett was born in Chorlton-Cum hardy and represented Manchester Schoolboys, while playing his youth football with Talbot FC.

In May 1897, he joined Bolton Wanderers where he remained for five years, making 76 appearances.

During his time with Bolton Wanderers he made three appearances for the Football League in representative matches against the Irish League In November 1899, November 1900 and November 1901, and also played in an unofficial international against Germany in 1901.

In the spring of 1902 he joined Manchester United for the first time but, he moved to the south coast to join Southampton of the in May 1902, before making an appearance for United. He played 8 games for Southampton

He returned to Manchester United in March 1903 and made five appearances before the end of the 1902–03.

In May 1903 he joined Plymouth, he was a regular member of Argyle's first professional side, making 46 appearances in all competitions.

In June 1904, he once again returned to Manchester United although his second "debut" was not until January 1905.

By the end of the season, he was a regular at left-back, but in the summer of 1905 he moved across the city to join Manchester City. His stay was very brief and in June 1905, he joined Fulham At Fulham, he was little used, making only three appearances before bringing his professional career to a close at the end of the 1905–06 season.

During his youth Fitchett was an actor and was a member of Fred Karno's theatrical company. (Fred Karno was born Frederick John Westcott on 26th March 1866 in Exeter, but soon afterwards the family moved to Nottingham where he grew up. Karno was exceptionally good at spotting young talent and bringing them on, the most notable alumni of the Karno school being Charlie Chaplin, Syd Chaplin, Stan Laurel, Albert Austin, Eric Campbell, Jimmy Nervo, Billy Ritchie, Billy Reeves and later Will Hay, Sandy Powell and Fred Emney. It was whilst on tour with Karno companies in America that some of these expert visual comics were poached by the embryonic silent film studios. As a result the early silent comedies of Chaplin, Laurel and Hardy et al are full of Karno trained British comics.)

He also appeared with Charlie Chaplin in the Mumming Birds in 1912.

Following his retirement from professional football, Fitchett settled in Devon, becoming manager of the Vaudeville Theatre and Hippodrome Theatre in Exeter.

In February 1910 he briefly resumed his football career to assist Exeter City. He also played for Fred Karno's X1 v Exeter City in 1909.
He managed the Exeter Hippodrome from 1909 to 1925.

He then became manager of the New Palace Theatre in Union Street, Plymouth

After he retired as the theatre manager, he became the licensee of the Royal Sovereign public house in Union Street. 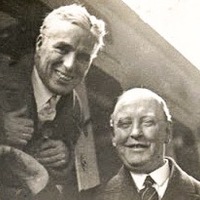 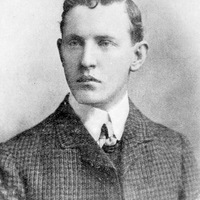