Ryan Bowman says he is looking forward to helping Exeter City push towards League One having signed for the Devon club on the 1st January 2019.

He joined the Grecians from Scottish Premier League side Motherwell for a nominal undisclosed fee, and said he was excited about joining Exeter having chatted to manager Matt Taylor and assistant manager Eric Kinder, who was his former youth team coach at Carlisle.

Ryan started in the Carlisle youth academy. He scored 22 goals in his second season at youth level to make him the top scorer for the under-18 team. He made six appearances for Carlisle in the 2009–10 season, and was given the club's Youth Training Scheme Player of the Year award, and during the summer of 2010 signed a one-year professional contract.

On 19 October 2010, Ryan rejoined Workington on a one-month loan. After impressing on trial.

He signed for Conference Premier club Darlington on 4 August 2011 on a sixth-month contract. Darlington suffered financial difficulties during his time at the club and his contract was terminated on 16 January 2012, along with the rest of the playing squad and caretaker manager Craig Liddle.

After a short trial with Hereford United, Ryan signed for the Conference Premier club on 24 July 2012 on a one-year contract. He finished 2012–13 as Hereford's top scorer with 19 goals from 43 appearances. Having been offered a new contract by Hereford, he chose to sign for League Two club York City on 24 May 2013 on a two-year contract. With him being under 23 years of age, York would pay Hereford a compensation fee, which was set at £20,000 by a tribunal.

He finished 2013–14 with 43 appearances and eight goals. Despite having one year remaining on his contract at York, Ryan was allowed to sign for newly relegated Conference Premier club Torquay United on 3 July 2014 on a two-year contract.

He then signed for Torquay's National League rivals Gateshead on 17 July 2015 for an undisclosed fee.

Moving to Scottish Premiership club Motherwell on 31 August 2016 on a two-year contract for an undisclosed fee. He made his debut on 10 September 2016, as Motherwell drew 1–1 away to Ross County.

Ryan Bowman made his Exeter City debut, replacing Lee Holmes in the 69th minute, after the completion of his transfer from Motherwell against Morecambe on the 12th January 2019. And his first start the following week against Newport County. He scored his first goal on the 9th April 2019 against Macclesfield at Moss Road, this was closely followed by his 2nd in the same game. Despite his double, City lost by 3 goals to 2. He was the club's leading goalscorer in 2019/20 with 14 league goals from 37 apperances, which helped City to reach the play off final at Wembley.

In November 2020, he scored successive home hatricks, the first player to do this in one season since Fred Whitlow in 1931.

Ryan Bowman joined League One side Shrewsbury for an undisclosed fee in June 2021, he still had a year left on his contract.
The Club website made the following statement at the time!

"Ryan joined the Grecians in January 2019 and made 112 appearances, scoring 34 goals.
The club thanks Ryan for his contributions and wishes him all the very best at the next stage of his career." 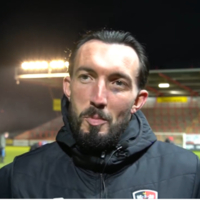 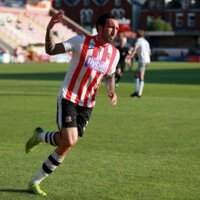 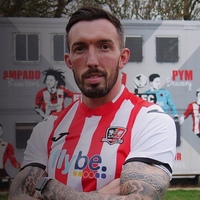