The Grecians were at a low ebb when they secured the services of Geordie, Fred Mavin as manager. However after a difficult start he left the club in a far better place then the position he found them.

A serious injury to his left knee brought an end to his football league career with Reading in 1921. He struggled for a further season with Southern League with Boscombe, but was forced to give up. He had previously played for New Brompton (Gillingham), Fulham and Bradford. Whilst with Fulham he created a record run of apperances as an attacking centre-half.
Football managers endure a lot of difficulties and angst and it would be interesting to find out how Fred felt when he was appointed manager on the 23rd January 1923.(see below)

A few weeks earlier the City had been knocked out of the qualifying round of the FA Cup, losing 2-1 at home to Bath City, an event described in the local press as a 'crowning failure". Mavin surely faced an uphill struggle.

APPOINTMENT OF MR FRED MAVIN OF NEWCASTLE
“The Exeter City Directors have appointed as team manager Mr Fred Mavin, a native of Newcastle-on-Tyne, who has had seventeen years' experience in first-class football with clubs in every part of the country, and has captained every team with which he has been associated since leaving his home town. Mr Mavin, an athletic figure, thirty-eight years of age, is perhaps best remembered as the centre-half who captained Fulham for five seasons before the war, and who was skipper of Reading in 1919-20 and 1920-21. The following is an account in Mr Mavin's own words: "I started my football career with Newcastle United, where I was contemporary with Peter Mc William and James Howie and a host of other men well known in the game. I went to Gillingham, then styled New Brompton, and was captain there for four seasons. "Then I was transferred to Fulham, and played at centre-half for them for five and a half seasons, being the captain during four seasons. From Fulham I was transferred to Bradford, the old Park Avenue club, and helped them to gain promotion to the First Division. When the war broke out I played for Fulham in London Combination football. "I joined Reading in 1918, and was there two seasons. I took a big part in the Cup-ties with Chelsea, there were three games before a decision was reached. I scored the equalising goal in the second game of that series from a penalty. I injured my left knee when with Reading, the accident occurring at Newport, and that practically finished my playing career. I had one season at Boscombe, whom I joined in August 1921, but my leg was always a handicap." In conclusion the City's new manager said he is a teetotaller but likes a smoke occasionally. He will have the heartiest good wishes of all supporters of the club in his new sphere.”

He set about his task by signing some excellent players, goalkeeper Harry Bailey, full backs Stan Charlton and Charlie Miller, wingers Billy Compton and George Purcell and half-back Jock Ditchburn. However, more importantly, Mavin was responsible for signing and nurturing three prestigious players: Cliff Bastin (Arsenal and England), Harold Hougton and Wilf Lowton. In 1924-25, City had one of their most successful seasons, finishing 7th and in 1925 Mavin signed another outstanding player Billy McDevitt. In 1927, Mavin left to join an ambitious Crystal Palace, it was such an improved offer and was impossible to refuse. He was manager at Palace from 1927 to 1930 and Gillingham from 1932 to 1937. 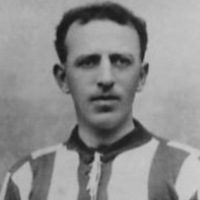 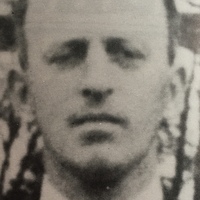 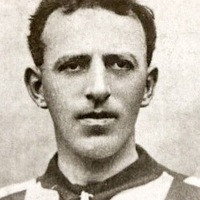