The creation and installation of the ECFC Hall of Fame exhibit was designed to coincide with the opening of the Stagecoach Adam Stansfield Stand on the 25th of October 2018.

In creating the exhibit, the museum team worked with the redevelopment team, and graphic designer Ed Barrett, to produce a display that complimented the new stand, whilst also adding a historical element to this modern part of the stadium.

The purpose of the HOF is to recognise and acknowledge those individuals with connections to ECFC who have made an outstanding contribution to the Club or to the wider game of Football.

The ECFC Hall of Fame was originally launched in 2014 by former head of commercial, Bruce Henderson, in collaboration with the Club and the ECFC Supporters Trust.

In November 2017 a second induction was held, with Peter Hatch, Graham Rees, Adam Stansfield, and Sid Thomas being added to this illustrious list of ECFC Legends.

The selections for this induction were made by the Club, the Trust, and the ECFC History Group, with a fourth selection being made through a vote held for fans of the club. The winner of the public vote was Adam Stansfield, meaning that his banner hangs alongside his fellow hall of famers in the stand that bares his name. 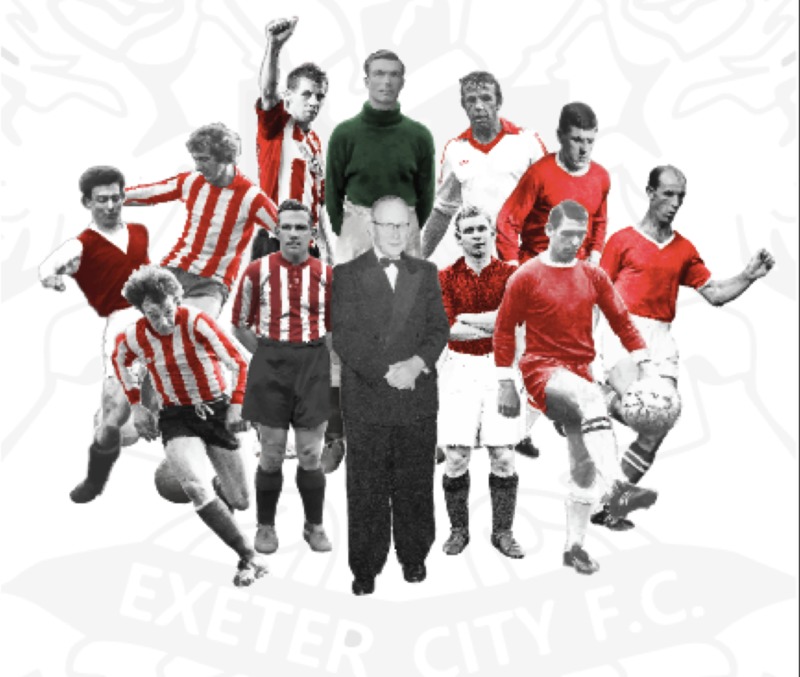