The Brightonians sprang a big surprise on Exeter City, gaining both the points with an emphatic victory by three clear goals. All the goals were scored by James Doran, the Irish International, who played a brilliant game, his marksmanship being excellent.

Exeter were not nearly as good at finishing their attacks, and they were not helped in this respect by Jack Feebery, whose play for his new club was of sterling quality.

Brighton led at the interval by a goal, and this came about due to blunder by Stewart, who, failing to either hold the ball or kick clear from March's centre, left Doran (pictured) with a gift chance, which he promptly turned to account. Exeter's defence were given a gruelling time after this until they took up the running again, Vowles then shooting narrowly over the bar from Dockray's pass.
Then a shot from Brown skimmed the top of the bar, while Hayes saved a tear away drive from Vowles with some difficulty.
Feebery, the old Grecian, was the best defender on the field.
Half Time City 0-1 Brighton and Hove Albion.

Brighton opened the second period with a keen attack, and Neil almost scored after robbing Stewart of the ball, but Fryer saved. Crompton's deft touches were rarely taken advantage by the Exeter forwards, and chances were lost in consequence.

Green fouled Doran just outside the penalty area, and Feebery, taking the free kick, just missed with one of his well remembered "thunderbolts".

Doran scored Brighton's second goal from 30 yds out, the ball flying into the net just under the crossbar.
When Doran got his third goal ten minutes from time the City were a well beaten side. Their defence was made to look mediocre, and the forwards, apart from Crompton only good in patches.

Dick Pym, who has already played two matches for Bolton, was a spectator in the grandstand. He could not have been impressed by the play of the "new" City team.

In a vigorous match rather than a scientific Southern League game at Hove on Wednesday evening, Exeter gained a surprise victory over Brighton.

Exeter won by a goal to nil, scored 35 minutes after the start by Williams from Newman's centre.
Brighton pressed with determination after the interval, Watson saving well from Findlater. Watson played brilliantly in the face of numerous Brighton attacks, and he was ably assisted by Green and Pollard. Williams and Newman also played well. 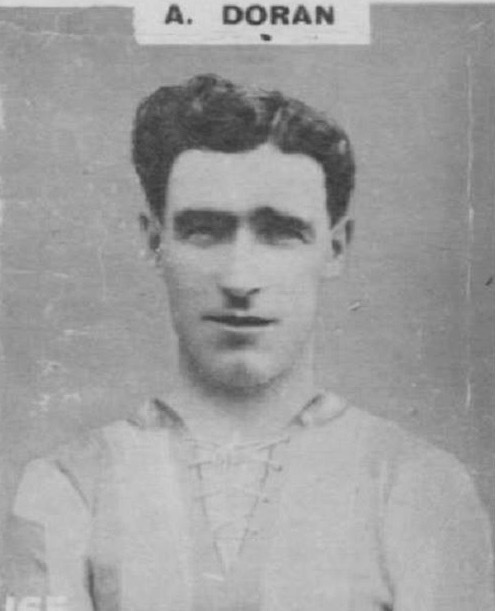