Ever Faithful
Exeter City Defeat Charlton In Spite of Injuries.

Both sides made changes, and Jimmy Rigby, the former captain, was brought in to give the half-back line a little substance.
Gaskell and Newman, (Both pictured) who have been "shining lights" in the two matches so far played by the Reserves, were also introduced, it being their first apperances with the Grecians firsts.
Mr Small, who is a very popular referee at Exeter, was cheered when he came out with the new ball. Crompton led the City out at ten past three, and Whalley appeared half a minute later at the head of the white shirted Charlton players. The crowd was slowin turning up, but by the time match started, at 3:15 p.m., the number present was about 7000.

The weather was fine and very warm, more in keeping, in fact with cricket than football, and with the ground exceedingly hard the players were evidently in fora gruelling game.
If ever a side deserved to win it was Exeter City, who upon their own ground, defeated Charlton by the only goal scored. All the bad luck came Exeter's way, and for three parts of the game they carried on with only ten men. Bullock twisted his ankle badly whilst trying to turn on the bone-hard surface, and hobbled about on the left wing for a while, and did not come out or the second half.

Vowles's Great Goal.
The winning goal was scored two minutes after the start of the second half. Crompton initiated the movement, when cleverly fed by Brown he dashed through and swing out to the unmarked Newman. The diminutive winger took the ball well on the run, drew Goodman out of position, dodged round him and passed inwards to Vowles, who beat Burton and Hughes in turn before guiding the ball into the vacant goal. It was a great goal, four players having had a hand in the making and scoring of it.
It was also the first goal scored on behalf of Exeter City this season, and considering that the Grecians were now down to four forwards and that Crompton had failed with a penalty in the first half the crowd cheered with relief in addition to their natural pleasure at the sight of Exeter taking the lead.
The penalty had been awarded against Burton for handling, just after the unfortunate injury to Exeter's centre-forward. Crompton did not connect with the ball properly, and a weak shot directed straight at the goalkeeper, was easily smothered.

Exeter's Bad Luck
Midway through the second period more bad luck came the way of the Grecians, for Green damaged his knee in collision with Bailey, and though reduced to a limping passenger, played on at outside left, Dockray moving inside and Crompton dropping back. Even with this further handicap Exeter dominated the game, although Fryer made one remarkable save from Bailey.

In glorious weather this Southern League match was played at the "Valley," Charlton before 5000 spectators.

Charlton won the toss, and in the first minute nearly scored, A. Green's shot narrowly missing the post. Exeter then woke up, but Williams skied over when well placed and a shot by Jasper Green also went over the bar. Charlton, however, did the majority of the raiding, but Watson was superb.

After 38 minutes Cox scored with a very hard shot, and though the City pressed heavily towards the interval they were unable to equalise.

Steele and Bacon scored further goals for the Londoners, the one by Bacon following a free kick ten yards outside the penalty area.
From a breakaway Congdon dribbled the ball half the length of the field and passed to Hill, whose shot was yards wide.

Watson, who played a grand game in goal for Exeter, wrenched his knee and had to retire. 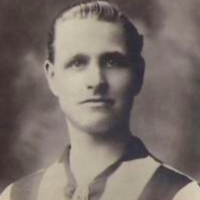 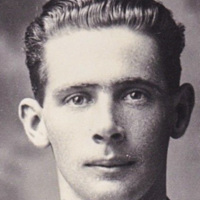