Rude Awakening for the Grecians.
Portsmouth came to Exeter today with an un-beaten side, having five points to their credit from four matches.
New recruits in their team included Hoten, from Derby County, Bishop from Winchburgh, and Maitland from Boscombe. Cherrett, the fine centre-forward who joined Pompey from Boscombe last spring, was kept out of the team today through as pained ankle, which is the precise reason for Bullock's abscence from the Exeter team.

Football Excursion
For the first time since the war a special football excursion train was run to Exeter conveying some hundreds of enthusiasts from the big naval port. They freely sported the club's colours, blue and white, and it was expected, therefore that the famous "Pompey Chimes" would be rung freely in the course of the match.

The weather was cooler than of late, and there was a refreshing breeze, but the ground was still very hard. The teams were warmly cheered on taking the field, and Crompton's success with the toss for the first time this season was the signal for another burst of applause from the home supporters.

Buddery was plied with the ball frequently in the opening few minutes, and Rigby dashed across to avert a dangerous situation. Crompton was soon in the picture at the other end, and Vowles put in a shot from 20 yards range that just missed the goal.
Vowles was robbed of the ball by Abbott when attempting to go through, while Stringfellow received the same treatment at the other end of the field by Stewart.
Williams (pictured) was shaping well on his debut for the senior side, and his clever combination with Dockray roused the crowd to a state of keen expectancy. Abbott was cautioned by the referee for a glaring foul by on Crompton, and from the free-kick Exeter opened the score. Crompton took the kick himself from just outside the penalty area, and scored with a low shot near the post, the ball being diverted into the net by a Portsmouth player.
Newman, Mitton, and Dockray were all prominent at various times for the City, who enjoyed the better of the first half exchanges.

Second Half.
Two minutes after the resumption Buddery drew the scores level. Portsmouth were exertin pressure, and two attempts to shoot were parried by Gaskell, whereupon the centre-forward nipped in and scored a very pretty shot.
Six minutes later the excellent understanding between Pompey's forwards won them another goal. A faulty pass by Williams went to Wilson instead of the Exeter player it was intended, and quick attack was launched. The Pompey forwards came down the field in a line, and Stringfellow scored with a blistering shot which Fryer could not have seen.
Portsmouth by this time had gained the ascendancy, and they were working strenuously for another goal to seal the issue beyond any doubt. Their reward came in a rather unexpected way, for Stewart, after seventeen minutes, conceded a penalty and Martin scored from the spot.

Twice missed Penalty
Two minutes later Crompton was badly fouled in the Portsmouth penalty area. The kick was entrusted to Vowles, who was in the act of taking it when Robson came out of his goal. The ball struck the outside of the goalpost and went wide. Mr Wilding directed the kick to be taken again, this time Robson punched the ball high over the crossbar.
Crompton had to leave the field for ten minutes for repairs, and returned as outside-right. Rigby nearly kicked the ball into his own net in a desperate effort to relieve a dangerous situation.
Exeter made a brief excursion into Pompey territory, and then from the half-way line Buddery placed the ball forward to Bishop, who took the leather down and then transferred to Hoten, who from a difficult angle scooped the ball into the net for the last goal of the game.

The Southern League match was won by Pompey Reserves.

Exeter kicked off and Edge immediately threatened danger. He beat Adams and centered nicely, but Cooper relieved.
The pressure was continued, and Robinson headed clear. Edge got through the yet again, but lifted the ball high over the crossbar, and for some minutes the Portsmouth had a busy time.
When they at last took play to the other end MacKechnie and Pollard defended resolutely, but Pollard's leg was injured in one skirmish in the vicinity of the Exeter goal.
After 35 minutes of play Watson fisted out a shot by Mackie, and from the rebound Blyth returned the ball into the net via the far post. 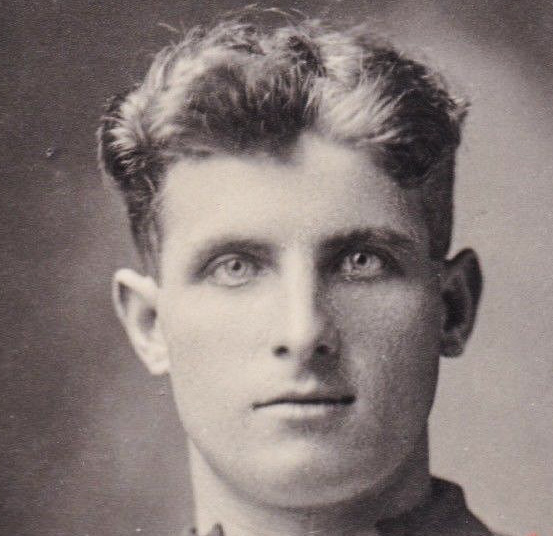