Harry King, a centre-forward who played for Northampton Town against the City before the war, and since assisted Arsenal and Leicester City, was transferred to Brentford on Thursday, and led their attack today against the Grecians. One or two other changes were made, the most interesting being in goal, where F.J. Durston, the 6ft 5 ins Middlesex cricketer replaced Young.
Exeter restored Appleton to the right wing position, despite the promising form displayed by McIntyre last week at Tonypandy and on Wednesday at St Jame's Park. The Exeter City party, accompanied by Mr Chadwick, travelled to "town" this morning and drove from Paddington Station to the Brentford headquarters in a char-a-banc.
At Griffin Park, a couple of hours of heavy rain this morning had taken the "iron" out of the playing field. The weather was dull, and there was a tricky breeze.

Then thousand spectators were present when Wright kicked off for the Grecians. Hodson promptly placed his forwards in good possession, and there was a big thrill as King raced towards the Exeter goal. Feebery coolly dispossessed the centre-forward, but Brentford came again, and a dangerous move on their right wing saw Feebery once more coming to the rescue, charging down a shot from Boyne, Smith eventually driving the ball into the side netting.
Exeter had a try, but their efforts were badly directed, and twice Durston, with huge goal-kicks, drove the ball right to the City's penalty line. Carrick, continuing his excellent form of Wednesday, was keeping a watchful eye on King, and Feebery and Coleburne repeatedly held up the Brentford line with timely and clean-cut clearances. After 20 minutes play Henery swung the leather high in the air to King, but Pym, with fine sense of judgement, sprang up and punched it away over King's head.

Excitement continued to run high, however, Brentford keeping up strong pressure, but the Exeter defence was sound, and when either Coleburne or Feebery were beaten there was always Pym, who distinguished himself many times. His saves from Morley, Henery, King, and corner kick and another centre from Henery were of particular merit, and sportingly applauded by the spectators.

In the second half Brentford resumed the aggressive, their forwards, however, failing to take advantage of the numerous openings that were presented to them, and Exeter City, greatly assisted by Pym in goal, were able to frustrate all their efforts to pen the score.

Babbacombe provided the opposition at St Jame's Park, Exeter, this afternoon, in a friendly match against the City reserves and were defeated by four clear goals.

Chave, the Kenton goalkeeper was given a trial, while Green replaced Brayshaw at inside left. The weather was fine but dull, with a stiff breeze. All the scoring was done in the second half, Hetherington, Kelland, Green and Kelland registering the points for the Reserves in that order.
The Reserves, captained by Hilton, eventually had a very easy victory, and it seems as if they will have a strong team this season. 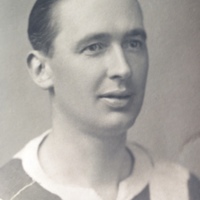 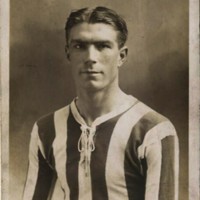