A remarkable feature about the meeting of Exeter and Newport at Somerton Park was whilst the Momouthshire club had played three home matches and failed to score in any of them the City's three games on foreign soil had yielded then two points, but not a single goal. Both teams were eager to break the ice.
The "Ironsides were well pleased with the team that won at Exeter last Saturday, and announced earlier in the week that they would field the same eleven in the return match. Exeter, on the other hand, made alterations in every department in front of goal. Green was selected to lead the attack in place of Wright, and Vowles returned to inside left, whilst Lakin appeared in place of Crawshaw ar right half, and Betteridge, the Boscombe man, who has been doing well at left back in Western League football, was given a run at right defensive flank in place of Coleburne. At the last minute Davies replaced Jones in the Newport team.

Newport County were good value for their win against City, not only on the run of game, but the quality of their play. The superiority of the County forwards was soon manifest, and the footwork of Dobson and Devlin, together with the enterprising runs of Thompson, soon has the Grecians' defence in a tangle. The shape of the game was established early on, and although Pym kept out several shots he was beaten by Wolstenholme after 10 minutes.
For the next quarter of an hour the game was all in Newport's favour, but the greasy ball, together with Pym's ability in goal, prevented further scoring until a few minutes before half-time. The second goal was of "classic" variety. The ball was sent through to Wolstenholme, who drew Pym out of his goal and practically walked the leather into the unguarded net.

The interval arrived with the score: Newport 2 Exeter nil.

Exeter improved slightly in the second half, Dockray and Appleton being frequently conspicuous with brilliant dribbling, but they received poor support from Vowles and Makiin, who were too slow.

Ton Pentre, a strong Welsh team, provide the opposition in a Western league match at St Jame's Park this afternoon, against Exeter City Reserves. The weather was threatening, but the rain held off.

Coleburne, acting captain, won the toss, and Roseboom stated towards the Exeter end. There was a crowd of just under 4000.
Ton Pentre were completely outplayed in all departments of the game, and it was early evident that City were far superior to their opponents. However, Coleburne and his colleagues were then caught napping in a sudden breakaway by the visitors, and Roseboom gave them the lead with a simple goal.
The City then bucked down to their game, and before half-time Wright (2), Hetherington and Brayshaw put through for them.

Wright completed his "hat-trick" in the second half, and a few minutes from the end Roseboom scored again for Ton Pentre. Exeter thus won by 5-2. Wright had a "day-out", and all is goals were through speed, tenacity and good marksmanship. 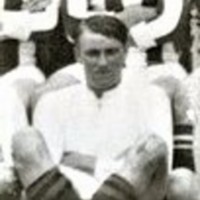 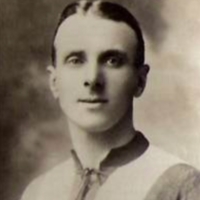