Southend accomplished an excellent performance at St James's Park when they effected a goal-less draw with the Grecians. The weather was fine and warm and a crowd of about 2000 saw the game.

The game was more speedy than scientific, and the pace became even warmer in the second half, but many thrills at either end brought nothing tangible.
Southend dominated the first half by their excellent footwork, but the City defence was in great form, Green, who was tried at right half, and Carrick, playing exceptionally well. Though the territorial advantage chiefly lay with the "Shrimpers", they had three narrow shaves, Wright, Vowles and Makin going very close.
A change came over the game in the second half, the City taking up the running with zest, but although Dockray, and to a lesser degree Appleton, frequently got going there was no result from their many good centres.

John Mitton, or "Snowball", as he is locally known, was today transferred to Sunderland, the fee being reported as £2000. Since joining Exeter last season Mitton has been a model of consistency and his clever play has won admiration  from all quarters. 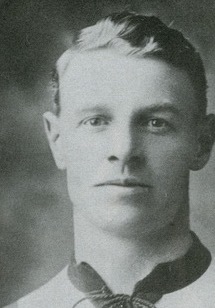