Reconstructed half back line successful.

Best game of the season.

Swindon's success at Newport on Thursday lifted them to third position in the League table. They came to Exeter this afternoon with a splendid record, and brought along their strongest team in the hope of improving it still further at Exeter's expense. The sides remained as previously announced, with the exception that Swindon played Batty for Fleming at inside left.
The City's intermediate line had to be shuffled in consequence of Mitton's departure to Sunderland during the week, Carrick being flanked by Crawshaw and Green.

The spectators crowded in fast, and it looked evident that the attendance was about the biggest of the season so far. By the time of the kick-off almost nine thousand were present. The weather was dull and the air still, so that with a soft but firm ground there was every likelihood of a fast, keen game.
Pym having won the toss, Rogers set the ball in motion. The City skipper was wearing a white jersey instead of the usual red one, which would have clashed with Swindon colours.
Play was located on Exeter's left for a couple of minutes, then when Swindon got going with some neat close passing Coleburne was successful in throwing Jefferson offside. Swindon returned, and a neat round of passing between Tout, Jefferson and Stokoe finally ended with a daisy-cutter from Tout, which Pym saved. Davies in the next move, centered finely, and the ball ran right along the top of the crossbar and out of play behind the goal-line.
Rogers made a grand opening for Hawley, who had plenty of time to judge his shot, but the ball flew harmlessly over the bar.
Exeter now had a look-in, and Appleton sent across to Wright, whose header struck the post, whilst a rousing shot by Vowles was met safely by Skiller.

Spectators delighted.
A moment or two later Swindon's goalkeeper was again in action, saving a red-hot drive from Wright and tipping one from Crawshaw over the bar. The pace of the game was fast, and Appleton's work on the right wing was delighting the spectators on the popular bank.
At the end of half an hour's play Exeter were rewarded for all their hard work. Vowles manoeuvred cleverly for an opening inside the Swindon penalty area, and gave Wright a scoring chance. The centre forward shot powerfully along the carpet, and Skiller, on his knees, stopped but failed to hold the ball, whereupon Makin dashed up and biffed it into the net. Exeter were now in the happiest of moods, and twice in quick succession came very near to increasing their lead. Pym then saved brilliantly from a free-kick by Jefferson, punching the ball high over the crossbar with one hand.

Chance in a million
Wareing was momentarily dazed by intercepting a fierce centre from Appleton, and then at the other end Davies raced through and middled the ball, which was hooked inches wide by Rogers. The City were pressing persistently when the interval arrived, with the score at 1-0.

The second half began with a Swindon attack, and Pym won loud applause for two fine saved, from Batty and Tout. Crawshaw saved the City goal from downfall when he nipped in and tackled Rogers, almost on the line. A chance in a million was lost by Exeter when Makin, after dribbling half the length of the field, slipped the ball past Skiller, and Wright, facing a vacant goal, and about 2 yards from the line, somehow managed to put the ball wide of the goal.
With only 12 minutes remaining Swindon stormed into the attack in a last desperate attempt to rescue the game, but Pym and his backs were unbeatable, and in fact during the closing minutes Carrick nearly scored for Exeter with a header that just skimmed the bar. It had been a keenly fought match, played in the best sporting spirit between two good sides and the best seen at St James's Park this season. Furthermore, it was watched by the biggest crowd.
Dissappointment had naturally been felt among the Supporter's at the transfer of Mitton to Sunderland, but the reconstructed half back line was a magnificent success. Green's play, particularly, was a revelation. He did everything required of him in brilliant style,and was a veritable glutton for work.

Swindon Reserves v City Reserves.
The reserves came a cropper at Swindon, in the Western League, being defeated by 5-0 by the Town reserves. 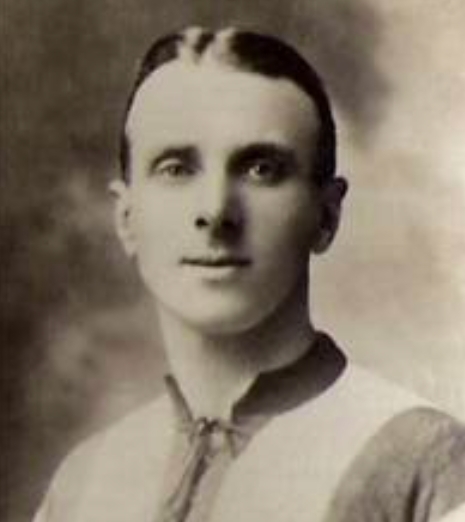