Would the City repeat on the Wiltshire County Ground the dash and determination, allied to football skill, that they had upset the schemes of the "Railwayman" so emphatically a week ago? That was the question the supporters were asking this morning when the team set out from St David's Station.

Swindon attacked on the right but Jefferson failed to control the ball, and it went behind. Pym was called upon to meet another rush, but cleared easily, then the Grecians came away in style.
Dockray forced a corner off Langford, and from the flag-kick Carrick shot through a crowd of players for Skiller to clear. Swindon got a way promptly, and Jefferson raced goalwards but lost the ball to Coleburne, who cleared upfield with a long punt.
Exeter retaliated, and Makin manouered for an opening, which could not be found. He tried a shot instead, which was weak, and easily saved by Skiller. However, the City continued the pressure, and excellent work on the right wing in which Crawshaw took a hand kept play on the edge of the Railwayman's penalty area.

Defence in a tangle
Swindon shook themselves free after a couple of minutes, and a free-kick enabled Davies to place the ball into the goalmouth, Pym clearing with a huge one-handed punch as Stokoe rushed in. Swindon maintained their attack, and matters looked ominous for Exeter as the ball travelled to and fro across their goal with the defence in a tangle, till Stokeo headed over.
From Pym's goal-kick Dockray made ground, and a thrilling run along the touch-line ended with a hot left footer being saved by Skiller up against the near post. Then Davies broke clear, and with Pym coming out to meet him the outside-left drove tha ball outside. Another breakaway by Davies was stopped by Crawshaw, but a free-kick was given, this being charged down by Coleburne.
Pym saved three shots in quick succession, two from Denyer and one from Batty, and at the other end Skiller graced Appleton for possession, and cleared with a flying kick. Pym alone stood between Swindon and a goal when he flung himself sideways to a thunderous drive by Wareing and diverted the ball round the upright.

Two goals within a minute.

Five minutes from the interval the Swindon forwards indulged in a quick round of their magic footwork, and with the Exeter defence spread-eagled Batty had the simplest task to score. Immediately Exeter took the game to their opponents, and in the space of about 45 seconds had equalised. Hawley was quilty of dwelling too long on the ball, Carrick took it from him and scored with a swerving shot that Skiller misjudged.
Half time 1-1

As the teams left the field at half time Pym was given a round of appalause for his brilliant work in the Exeter goal. The second period commenced with a Swindon attack, but their passing was not up its usual standard, and Coleburne cleared. Wright then sent Dockray away with a nice pass, and from the resultant centre the ball was met by Appleton, but MaConnachie intervened. Dockray put Vowles through, and from 18 yards the ex-soldier grazed the crossbar with a hefty shot. Pym did wonderfully well to get to a header from Jefferson, fisting the ball over the bar, and Exeter's skipper also punched away a drive from Wareing that looked to be on its way in.
FT 1-1.

Whilst the firsts were battling with the Swindon first eleven, the Grecians' second string engaged Swindon Reserves at St James's Park this afternoon in a Western League match. Last Saturday the reserves came up a string side ar Swindon, being soundly beaten by the Railwayman. The weather was dull, but fine, and the ground in excellent condition. Tout, who played at St James's Park last week was at centre-half in the Swindon team today.

Covey set the ball in motion, Hilton having beaten Tout in the toss. The Railwaymen pressed, and Metcalfe tried a shot at goal, but Charles saved. Nash cleared a free-kick by Taylor, Brayshaw having been fouled when trying to dribble through. Nash saved a shot from McIntyre, but the ball rebounded onto the goalpost and then Hesmondhalgh, who thumped it into the back of the with obvious delight. Then Bollland got through to the other end, and when Betteridge failed to intercept his centre Ing quickly nipped in behind him and drove the leather into the net, wide of Charles.
Goals came thick and fast after the interval. Hetherington got the first, shooting through after a volley from Hesmondhalgh had struck the crossbar, and five minutes later Hesmondhalgh scored. No sooner had Exeter's third goal had been got than Covey reduced the lead, and finally a shot from Lincoln was punched out by Nash, but Brayshaw retrieved the ball and netted City's fourth.
FT City 4-2 Swindon. 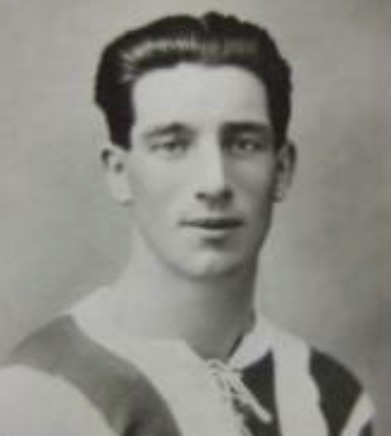