The afternoon was gloriously fine, and the conditions favoured a tip-top game. from 2:30 onwards the crowd streamed in fast, and the arrival at 3 o'clock of two charabancs, laden with jolly Jack Tars from Torquay, lent additional enjoyment to the proceedings. The sailors, who carried a couple of enormous white ensigns, sported the Watford colours and a big Watford flag, and had a plentiful supply of squeakers and megaphones. Several were clad in funny costumes and others had painted their faces, and it was evident that they were still keeping up the Torquay carnival revelries.
Pym led his men out at ten minutes past 3, and when the Watford team followed a moment later the Navy men, who had dropped anchor in the enclosure, gave them a tremendous reception. Pym who had won the toss in five successive league matches, had the sea quench broken on this occasion, Wilkinson being successful and setting the Grecians to face the strong sun in the first half.

Exeter started briskly, and Wright plied Dockray liberally with the ball in the opening few minutes. From one of Dockray's centres which swept across the Watford goal Horsman, in a desperate effort to get the ball away from Appleton, became entangled in the goal net. Then Appleton all but forced a corner off Johnson, until a huge flying kick by sent the leather hurtling into the grandstand. Smart work by Appleton enabled Makin to try a shot, which was blocked by Wilkinson, and presently the tall Watford forwards changed the scene of operations. A neatly executed centre from Waterall direct to White looked ominous, but the Watford man was crowded off the ball before he could shoot. Williams fielded a ground shot from Feebery, this being a free-kick awarded to the City when Vowles was fouled on the edge of the penalty area.

Goal disallowed
Vowles then won an opening and swung the ball across for Makin to beat Williams with a hefty drive, but offside was given. From Appleton's next centre Vowles shot hard, but over the bar. Wright was fouled as he was breaking through, and from the resultant free-kick Feebery tried another of his pile-drivers but was again frustrated by Williams. 5 minutes before the interval Watford too the lead. White forged ahead smartly, and when close to goal transferred to Ronald, who gave Pym no chance whatsoever with his sharp low shot. Free-kicks were numerous in the last few minutes, and the referee felt it incumbent on him to administer words of caution to three players, Green, Wright and Bacon.

Exeter were unlucky to be in arrears on the run of play, and the 8000 spectators gave the team a hearty cheer as they took the field after the interval. The Grecians started off a great pace and Williams had to be smart to field an oblique drive from Appleton, while Dockray nearly scored with a hefty shot.
Play was located mostly in midfield for the quarter of ab hour, then midway through the half the referee awarded a penalty against Green for what deemed to be a foul against Bassett.
It was apparent to everyone except the controlling official, or so it seemed, that Bassett was shamming, for Green had never even touched him; certainly the winger had fallen flat on his face of his own accord, and with ulterior design. No sooner had Hoddinott scored from the penalty than Bassett resumed his place, livelier than ever.

Williams saved twice from Makin in the next few minutes, then Exeter set up a particularly hot attack in which forwards and half backs all joined wholeheartedly. The ball swung to and fro in the Watford penalty area, and no-one seemed able to finish off the move. Then Wright barged into the tangle of players and rammed the leather into the top of the net with great force, and the crowd cheered delightedly. In fading light the game continued at the same fast pace with the City forwards striving desperately for the equaliser. Just before the finish Watford made a nice opening for Ronald, but he shot wildly over the bar.
F-T City 1-2 Watford.

Notes on the game
Bassett did not score today, but Watford owe their victory as much to him as Williams, who kept out the Exeter forwards in masterly style. If ever a referee was deceived, Mr Rogers was.
In a fast race for possession with Green, the Watford outside-right fell like a log, with arms outstretched , waiting for the music of the whistle. It came; Hoddinott took the penalty, from which he scored, and Bassett ran back to the centre line with a smile that told its own story.

The reserves were engaged at Abertillery this afternoon in the Western League, and were defeated by three goals to nil.

After Charles had cleared from Naylor, Martin fastened onto the ball and sent it into the net, and shortly before the interval the "Grasshopper's" increased their lead through Martin.
The third goal was scored by Beare five minutes from time with a fine oblique shot, from Naylor's pass. Pollard played a very fine game in the Exeter defence. 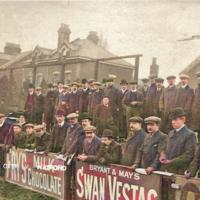 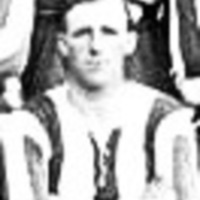