Hesmondhalgh at Centre Forward for Chiefs.

Hesmondhalgh's inclusion at Centre-Forward invested the return match between Watford and the Grecians with more than the usual interest, for everyone was anxious to hear how the newcomer, who had been scoring goals regularly for the Reserves, fitted in with the first attackers.
At Watford a wet morning was succeeded by a gloriously fine afternoon, and at the Hertfordshire County Cricket Ground a tip-top game was anticipated. Watford made one change from last week. Wilkinson, the left half-back and captain, stood out with a thigh sprain, and the position was filled by Carter, the Derbyshire County Cricketer, who has Devonshire family connections.

Pym beat White in the matter of the toss, but no advantage was apparent from this success, the ground and weather conditions being about equal either way.
Watford started methodically and briskly, their inside forwards carrying play almost to the City goal-line when the ball was put behind by Ronald. They attacked again with smart footwork, but on two occasions Hoddinott shot wildly when well placed. Then a City attack was initiated by Makin, who passed to Dockray. A sprint up the field and a fine centre gave Hesmondhalgh a chance, and the young centre forward headed the ball towards the corner of the goal, for Williams to punch clear. Makin dazzled both Carter and Johnson with some tricky dribbling, and finished with a swerving shot from an acute angle, the ball flashing at speed over the crossbar.
Pym made a good save from Ronald, and Feebery's cool head was in evidence in the way he checked Hoddinott. Exeter's defence was sound, but their citadel nearly fell when Hoddinott broke clear, but after taking the ball past Coleburne the Watford leader put it over the bar with a powerful shot from eight yards out.
Neither the remainder of the first half nor the whole of the second produced a goal, and the match ended as it started, no score.

Exeter City Reserves met Douglas, a strong Bristol combination, in the Western League match at St James's Park, and although playing quite well were deservedly beaten by 3-1. Several alterations were made, Wright, the first team centre-forward, and Cook, who was signed on after the Royal Navy match, turning out.
The reserves also dropped Charles and gave the position of goalkeeper to Kendall, the son of Mr Norman Kendall, one of the Exeter directors.

The reserves pressed hotly from the start and Wright went close with a header. Two corners were forced but both were cleared. In further Exeter pressure Wright fed Kelland, and the return centre was met by McIntyre, whose shot just grazed the upright.
Pollard and Betteridge were sound defenders for Exeter, but in a melee Kendall failed to hold the ball, and Garland rushed in to find the net with a fierce shot. At the other end a tremendous drive by Wright sailed over the bar.

Douglas scored twice in the second half, and Brayshaw netted for the reserves. 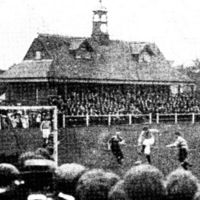 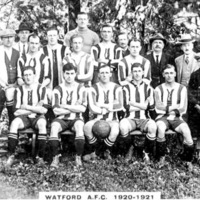