No Goals at Home Park

The first of the Devon Derbies took place at Home Park, before a large attendance of spectators on Christmas afternoon. The game carried its usual excitement and was played at a fast pace all the way through, but the strength of both sides lay in their defence and nothing was scored.
Final Score:
Argyle 0-0 City.

Reserve Fixture on 25th December 1920.
The friendly encounter between Argyle and Exeter reserves was attended by 3500 people. The Plymouth team arrived one short, and played four forwards throughout. Exeter were much the stronger team in the first half and lead at the interval by 4 goals to 1.
The second half was again in favour of the Grecians, but there was no further scoring.
Final Score
City 4-1 Argyle.
The goal getters were Taylor (2), Hilton, Hetherington for the City and Toms for Argyle. 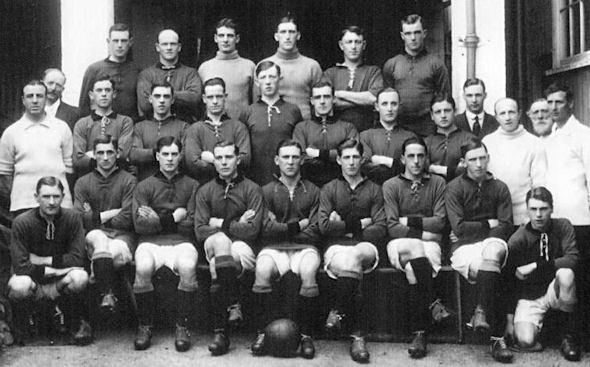