Derby days are always very exhilarating, but there are some people who are not sorry they cannot occur every week. There are more than the ordinary number of thrills attaching to Christmas and Boxing Day matches between the Devonshire clubs, and the exciting scenes in and around St James Park on boxing will live for along time in many memories.
The queues commenced before noon, and by 2 o'clock there were 12 000 people inside the ground, and thousands more were awaiting admission. Eventually there was so much pressure on the gates at St James Road that they were forced, and very nearly a 1000 people passed through the breach without paying, whilst at the Well Street entrance large numbers climbed the fence by the railway embankment, and admit the people more quickly than it was possible through the turnstiles.
Inside the ground a length of fencing was broken down in front of the enclosure. Happily no-one suffered serious hurt. A great cheer went up when the teams came out, there was another one when a tiny-tot dressed in City colours handed Pym a horse-shoe, tied with red and white ribbon, and yet another when Pym won the toss and chose his favourite St James Road end goal.
The official attendance was given as 14 664, which is easily a record at St James Park. This unfortunately does not take into account those who gained admission without paying.

Sheffield, the Argyle Centre-Forward set the ball-rolling, and it was early evident that the Exeter attack was the more sprightly of the two, that the City were relying largely on the known genius of their priceless assets namely Appleton and Dockray, the two wingers, that the new man from Huddersfield (Ralph Shields) excelled at opening up the game, and could be relied on to make the best use of every ball that came his way, that Argyle intended to keep the ball as close as possible and were pinning their faith on their right wing in particular that Sheffield and Gallogley, especially Gallogley, were the real goods, that Argyle defence was as sound as ever, and just as strong, and that neither team was inclined to expect or give any quarter. The ground was cut up a bit and the snow was gone, and it was just right for a hard, keen and skilful game.

Exeter pressed persistently for long periods, their rear-guard being very alert, their halves eager, and their forwards very much in earnest. Several corners were won, but no tangible reward was gained. Russell, the Welsh international, was a great source of strength for the Pilgrims, and he and the veteran Atterbury fitted together perfectly. Russell whose courage and fighting spirit is unequalled among footballers, was quite ready to carry the defence of his team on his own broad shoulders if need be, and time after time his perfect positional play made it easy for him to apply the closure to a neat bit of forward manoeuvring by the City, which might well have had a less gifted player beaten hopelessly. Some stirring exchanges were fought by Dockray and Russell, and on several occasions the lively winger came out on top, but Plymouth covered one another so well that or proved a very difficult matter to get the ball goal-wards with any prospect of beating Craig.
After 18 minutes Shields, who was getting more than his fair share of knocks and taking them all as a matter of business, was injured in a collision with Russell, but happily was quickly on his feet again. Then Dockray was temporarily laid out, the culprit being Logan.

Craig saved well from Appleton when the winger attempted one of his surprise shots, and the Plymouth goalkeeper saved again, from Vowles, the shot coming in with solider' customary force.
After Craig had stopped another shot, this time from Green, there was a change of venue and Plymouth romped to the other end, where Gallogley gave Pym a shot to remember. At this stage Crawshaw was playing very soundly for Exeter, Gallogley's wizardry of footwork was a feature of the Argyle play, and Bowler weakness on the left wing made the crowd wonder why is was included in the Pilgrims' eleven.

So the game continued: full of excitement with the field banked in a sea of flushed eager faces. That sea was suddenly whipped into a fury of swirling waters as hats, sticks, and handkerchiefs waved in the air, and a great prolonged full throated roar gave conclusive proof that someone had scored. They had, and it was Shields. Appleton had skilfully worked his way past two opponents and finished his effort with a perfect cross, four yards out from the goal. Shields was there. He took the ball on his chest and hustled into the net like lighting in a manner that gave Craig not the ghost of a chance.
The Argyle made a big effort to equalise in the next minute or two, but could not make no appreciable progress against Coleburne and Feebury. The City swarmed to the attack again and Makin unluckily slipped in the act of shooting. Just before half time a similar incident occurred, Shields, Dockray and Appleton participated in a lovely close-passing trio, and it fell to Makin to put the final touch, but he failed again to connect with the ball. These unlucky mistakes were to cost City a point
Half time Exeter 1-0 Plymouth.

The teams crossed over with City leading by a goal to nil, and the Argyle were now desperately keen on securing the elusive equaliser. Feebury's coolness and great experience were valuable assists to his side in the next few minutes. Bowler had a clear field on one occasion, Crawshaw having given him too much rope, but he was not quick enough to take full advantage.
Gallogley beat Carrick and got himself into a shooting position, but put the ball wide of the posts, and at the other end a shot by Shields was fisted by Craig. The goalkeeper then dived to his right and clutched the leather, which has been fired by Makin from the rebound. Makin, who with a little more luck could have scored at least three goals, then struck the foot of a post with another good attempt and the ball was scrambled away by the backs.
Bowler had done little, but he was instrumental in the matter of obtaining the Argyle's equalising goal. He lofted in a high centre from the touch-line, and as Pym jumped and punched the ball up in the air he was bowled over by Sheffield. The Argyle centre forward gathered the ball and shot towards the vacant goal, at which point Green dived, goalkeeper fashion, and pushed the ball clear. After a consultation with both linesmen the referee awarded the Argyle a penalty for the infringement by Green.
Russell came up to take the spot kick, but did not hurry, the crowd watching him anxiously all the while. He beat Pym with a medium paced shot along the turf and into the corner of the goal. Pym got one hand to the ball but could not stop it, so Argyle got their equaliser, ten minutes from the finish.
In the last two minutes Pym saved good shots from Corcoran and Hill, and at the other end Craig held one from Makin.

Junior Devon Derby
At Home Park 27th December 1920.
In the return match between the reserves at Home Park, the City reserves were again too strong for their opponents, and after the first quarter of an hour had matters almost entirely their own way winning eventually by 4 goals to 1.
Lincoln opened the scoring with a surprise shot, and Macintyre and Hesmondhalgh added others before the interval.
In the second half Hetherington obtained Exeter's fourth goal, and Toms reduced the lead from a penalty.
Final Score:
Argyle reserves 1-4 City reserves. 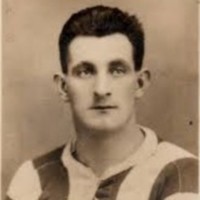 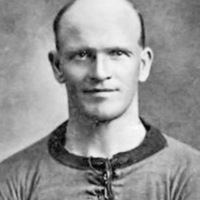