Grecians Well Beaten by Much More Polished Side.

Exeter City had no illusions concerning their FA Cup match at Cassio Road today against Watford. With very few exceptions the prophets predicted the Grecians' downfall and made no bones about it; according to them, from the moment the clubs were paired in the draw, the Devonians were doomed.
Watford folk pinned their faith on the excellent home record of the "Hornets," and on the fine showing made by them in the league to date. Exeter supporters, optimistic as always, were inclined to waive these facts, and turn to the results of previous meetings of the teams this season, and to the fact that of eleven away matches the Grecians had drawn seven.

The Grecians have been doing better lately, and their last five matches have resulted in four draws and a 4-nil victory. With such a record it seemed unwise to change the team for today's all important fixture, but the Directors decided to take Rigby and Hetherington to Watford with the team that has played in the last three matches, and to select the eleven for the cup-tie on the day of the match.
Watford announced their team in mid-week, and they relied on the same side as defeated Gillingham 3-1 last Saturday, and they are as lively and attractive side as can be found in the Third Division just now.
The Grecians and their opponents trained especially for this match. The City players, in addition to a very pleasant series of rambles along the South Devon Coast, enjoyed the luxury of brine baths, which were taken on Thursday. Both clubs were optimistic as to their chances of success. The Grecians travelled through to Watford yesterday, accompanied by the club directors and officials.
In the evening the team saw the pantomime "Aladdin" at the Palace Theatre, where there lots of happy and humerous jokes and illusions to Pym and Williams, the goalkeepers.
The weather was beautifully fine all the morning, but clouded over about one o'clock. At the County Ground, Cassio Road, the crowd assembled early. A few Exeter supporters travelled on the night train, and some more early this morning. The splashes of red and white which they sported were conspicuous all round the ground in contrast with the black and white of Watford.

Rigby (pictured) included in the team.

The City directors decided this morning not to alter the forward line, but to play Rigby instead of Crawshaw a at right half. This was rather risky in view of the fact that last season's captain, who officially declared himself "retired" at the conclusion of last season, had nor previously appeared with the firsts this campaign.

The crowd numbered 9000 twenty minutes before the kick-off, and was now just beginning to wake up. The turf looked good, but the top surface was greasy, and there were large deposits of sawdust in front of the goals. The lines were very faintly marked.

A great cheer greeted Wilkinson as he led the Watford team out at 2:25pm., and was repeated when Pym and the Grecians followed.

An Exeter supporter dashed across to Pym and a handed him a lucky horseshoe much be-ribboned. Wilkinson won the toss, but it carried no real advantage. Barnshaw held up Exeter's initial advance, and sent the ball to Bassett, who centered. Rigby, in attempting to clear, drove the ball within a foot of his own-goal and behind. Following the corner kick Pym fielded a hard ground shot, taken by Barnshaw, then Wilkinson drove wildly over the bar.

Exeter then crossed the half-way line, and Shields placed the ball forward to Vowles, but kicked too hard, and Williams cleared. Exeter pressed again, and Dockray beat Toone and passed to Vowles, who shot finely from a difficult angle but Williams saved on the goal-line.

The game had opened up nicely, but Watford badly wanted an early goal, and were dangerous on both wings in turn. Waterall put the ball on the top of the Exeter net, and Toone intervened when Appleton and Shields attempted to get through by means of close passing.
Feebery conceded a corner, and from Bassett's centre Barnshaw jumped and headed perfectly, Pym punching the ball over the bar.

Watford Score
Then Watford scored. Hoddinott sent the ball out to Bassett, and from his splendid return the centre-forward drove hard into corner of the net. The West Herts team deserved their success, for their forwards had put in a lot of of clever and accurate work, while Exeter had failed to settle down, and so far had never looked like making any impression on the Watford backs.
However, they came close to getting a score when Feebery took a free-kick, and Williams, coming out to clear, was charged over by Vowles. For nearly a full minute the Exeter forwards tried to get the ball out of the gaolkeeper's grasp whilst Williams tied to crawl away from the attackers. Something resembling a Rugby scrum developed five yards from the Watford goal, but the referee hasd no cause to interfere. Eventually the ball was kicked over the goal-line by Dockray.
Rigby gave Appleton an opening, and from the winger's centre the ball was headed over the bar by Shields. Hoddinott netted again at the other end, but from an offside position.
Half time: Watford 1-0 Exeter City


Second Half.
Two minutes after resuming Watford broke on their left, and Hoddinott, with a clear opening shot wide. Exeter more than held their own in the next ten minutes, and Dockray skimmed the crossbar. Horsman handled just outside the area, and Rigby's free-kick was tapped across by to Feebery, who took a running shot, but Williams saved in the top corner of the goal. Watford retaliated and Pym slipped as Bassett centred, but managed to gather the ball. He was turning to clear when Hoddinott barged into him and hustled the ball from his hands, and it rolled across the line and into the net for Watford's second goal. Pym's shoulder was hurt following Hoddinott"s charge, and the City skipper appeared to be in pain.
The second half now 13 minutes old. Exeter tried hard to get gong, and Williams held a rattling good centre, put across by Appleton.
Promptly Watford got away again, and a centre by Bassett was met first time by Waterall, and although he did not hit the ball squarely it rolled into the goal near the post.
Watford were now highly elated. They were a triffle lucky to get these goals inside five minutes, and Pym was still feeling the weight of Hoddinott's charge, but they were far the better and more polished side.

Pym Hurt Again.
Williams saved three times from Appleton, who was trying hard to get a goal for the Grecians, but the game generally became slow, and almost featureless towards the close. Appleton and Makin then exchanged places, but it made little difference. Waterall fouled Pym badly three minutes from the finish, the goalkeeper's shoulder and again being hurt.

Notes on the Game.
It was unfortunate for Exeter that Rigby, in his first match, has the hottest wing on the field against him. The home forwards beat him often by lobbing the ball over his head, and he had not sufficient pace to make a good recovery. The intermediate line was unbalanced, and only Green played up to form.
The clever footwork of the Watford inside forwards had Carrick on tenter-hooks, and the brunt of the defensive work fell on the full backs. Pym was treated very roughly by Hoddinott, and then by Waterall, and although he remained on the field he was obviously suffering a degree of pain. The only Exeter players to come up to scratch were Shields, Feebery, Dockray and Appleton. But Watford were in splendidly balanced combination and on the day superior in practically every department.

In the abscence of a Western League fixture Exeter City Reserves were opposed by Friernhay in a friendly at St James's Park today. There was a fair attendance of spectators, apart from the numbers of real enthusiasts who had made the journey to Watford. Lakin was made captain in the abscence of Rigby, who was on first team duty, and with Hetherington and Hesmondhalgh also way Izzard and Newton of Exeter Y.M.C.A., were given a chance in the forward line.
Lakin lost the toss, and the teams lined up as follows:-

The Reserves got going right away, but McIntyre missed the ball from Brayshaw's pass. A shot by Lincoln was cleared by J.Fenwick. A centre from McIntyre reached Hilton, but the shot cleared the bar by several yards. At the other end Hill worked his way up the wing and passed to S.Fenwick, whose shot travelled just outside.
Friernhay were continually on the offensive, and a fierce shot by S.Fenwick was well saved by Charles. The Reserves transferred play to the other end and Preston saved from Izzard.

Three Quick Goals. (In two minutes)
After about half an hour a complete transformation came over the game, and three goals were scored by the Reserves in little more than two minutes. McIntyre got away on the right and passed to Brayshaw, who ran throw and scored, and immediately after the restart the same combination ended with Brayshaw scoring again. The Reserves got going from the next kick-off and Lincoln centred to Izzard, who kneed the ball into the net.
The game continued evenly until the interval, and great disappointment was felt by the supporters when the announcement of the half time score at Watford was made.
H-T Exeter Reserves 3-0 Friernhay.

The Reserves attacked upon resumption, but were repulsed. At the Exeter end Charles was penalised for carrying, and from the free-kick Taylor intercepted. The referee then awarded a penalty for a foul on one of the Friernhay players, and S. Fenwick made no mistake from the spot-kick. 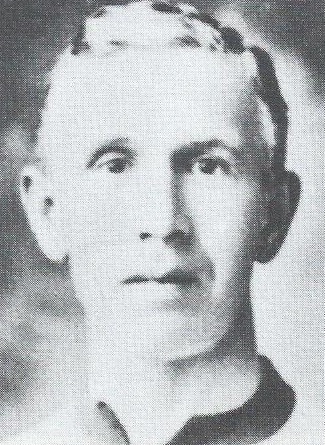